5 Mind-Boggling Predictions for the Next 25 Years

Bill Gates calls Ray, “the best person I know at predicting the future of artificial intelligence.” Ray is also amazing at predicting a lot more beyond just AI.

This post looks at his very incredible predictions for the next 20+ years. 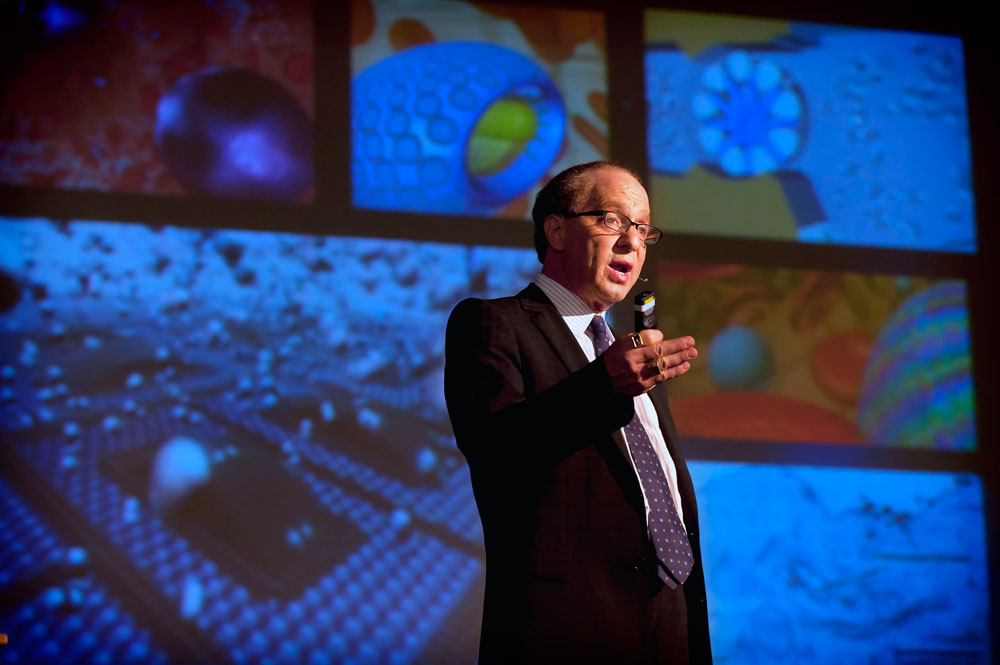 So who is Ray Kurzweil?

He has received 20 honorary doctorates, has been awarded honors from three U.S. presidents, and has authored 7 books (5 of which have been national bestsellers).

He is the principal inventor of many technologies ranging from the first CCD flatbed scanner to the first print-to-speech reading machine for the blind. He is also the chancellor and co-founder of Singularity University, and the guy tagged by Larry Page to direct artificial intelligence development at Google.

In short, Ray’s pretty smart… and his predictions are amazing, mind-boggling, and important reminders that we are living in the most exciting time in human history.

But, first let’s look back at some of the predictions Ray got right.

Predictions Ray has gotten right over the last 25 years

… that a computer would defeat a world chess champion by 1998. Then in 1997, IBM’s Deep Blue defeated Garry Kasparov.

… that PCs would be capable of answering queries by accessing information wirelessly via the Internet by 2010. He was right, to say the least.

… that by the early 2000s, exoskeletal limbs would let the disabled walk. Companies like Ekso Bionics and others now have technology that does just this, and much more.

… that people would be able talk to their computer to give commands by 2009. While still in the early days in 2009, natural language interfaces like Apple’s Siri and Google Now have come a long way. I rarely use my keyboard anymore; instead I dictate texts and emails.

… that computer displays would be built into eyeglasses for augmented reality by 2009. Labs and teams were building head mounted displays well before 2009, but Google started experimenting with Google Glass prototypes in 2011. Now, we are seeing an explosion of augmented and virtual reality solutions and HMDs. Microsoft just released the Hololens, and Magic Leap is working on some amazing technology, to name two.

… that by the 2010s, virtual solutions would be able to do real-time language translation in which words spoken in a foreign language would be translated into text that would appear as subtitles to a user wearing the glasses. Well, Microsoft (via Skype Translate), Google (Translate), and others have done this and beyond. One app called Word Lens actually uses your camera to find and translate text imagery in real time. 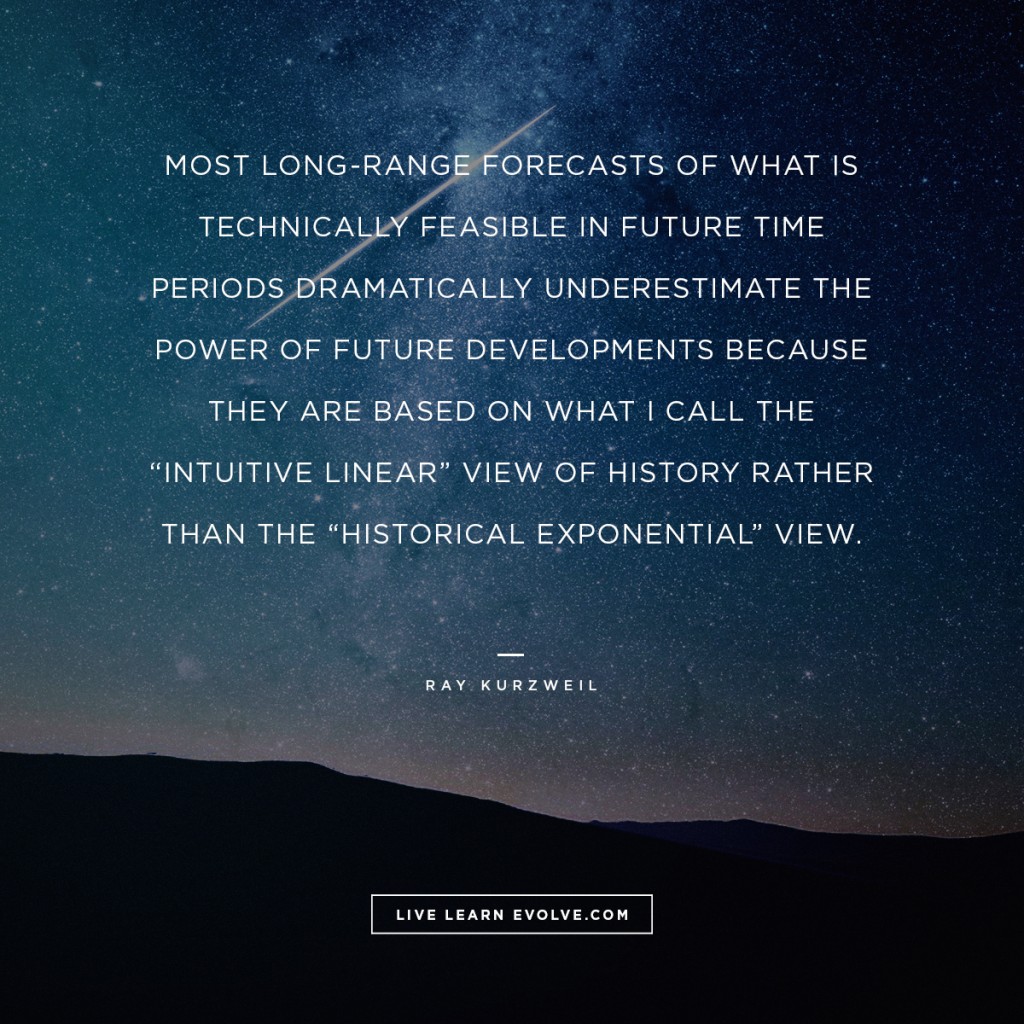 Ray’s predictions for the next 25 years

The above represent only a few of the predictions Ray has made.

While he hasn’t been precisely right, to the exact year, his track record is stunningly good.

Here are some of my favorite of Ray’s predictions for the next 25+ years.

By the late 2010s, glasses will beam images directly onto the retina. Ten terabytes of computing power (roughly the same as the human brain) will cost about $1,000.

By the 2020s, most diseases will go away as nanobots become smarter than current medical technology. Normal human eating can be replaced by nanosystems. The Turing test begins to be passable. Self-driving cars begin to take over the roads, and people won’t be allowed to drive on highways.

By the 2030s, virtual reality will begin to feel 100% real. We will be able to upload our mind/consciousness by the end of the decade.

By 2045, we will multiply our intelligence a billionfold by linking wirelessly from our neocortex to a synthetic neocortex in the cloud.

I want to make an important point.

It’s not about the predictions.

It’s about what the predictions represent.

Ray’s predictions are a byproduct of his (and my) understanding of the power of Moore’s Law, more specifically Ray’s “Law of Accelerating Returns” and of exponential technologies.

These technologies follow an exponential growth curve based on the principle that the computing power that enables them doubles every two years.

As humans, we are biased to think linearly.

As entrepreneurs, we need to think exponentially.

I often talk about the 6D’s of exponential thinking

Most of us can’t see the things Ray sees because the initial growth stages of exponential, DIGITIZED technologies are DECEPTIVE.

Before we know it, they are DISRUPTIVE—just look at the massive companies that have been disrupted by technological advances in AI, virtual reality, robotics, internet technology, mobile phones, OCR, translation software, and voice control technology.

Each of these technologies DEMATERIALIZED, DEMONETIZED, and DEMOCRATIZED access to services and products that used to be linear and non-scalable. 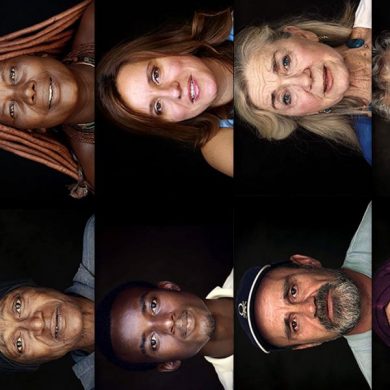 HUMAN: A Life-Changing Documentary on What it means to be Human