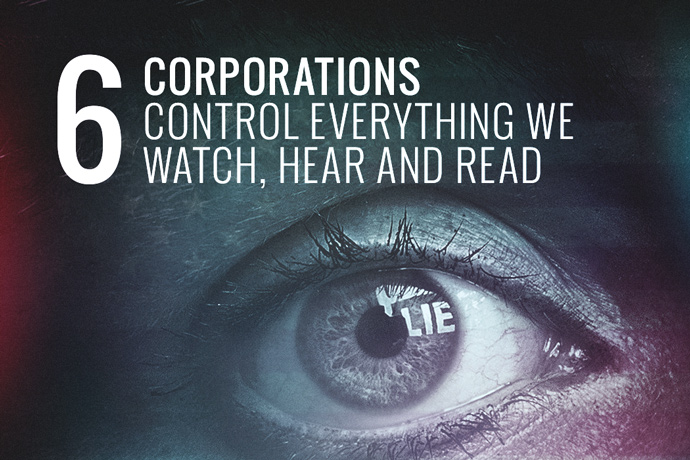 These 6 Corporations Control Almost Everything We Watch, Hear And Read

“The media’s the most powerful entity on earth. They have the power to make the innocent guilty and to make the guilty innocent, and that’s power. Because they control the minds of the masses.” – Malcolm X

It’s the illusion of choice. The flow of information is consolidated and controlled by a few gigantic media corporations. Do they exist to objectively tell the truth to the American people or rather, manipulate mass opinion towards political and profit driven interests?

This info-graphic depicts the scale of the pyramid, where the controlled information we’re delivered truly is and how only six corporations run the entire show:

Fortunately, the amount of people that are seeing through this is at an all time high according to a poll released by Gallup with up to 57% of Americans having little to no trust in the mainstream media. Which is little surprise when multiple videos are beginning to surface the web with undeniable evidence that the news is packaged and scripted before being distributed across the news channels, here’s one example:

Thanks to you that makes way for non-profit alternative information sources like ourselves to thrive even with zero budgets, just two guys investing a lot of time we’ve managed to reach millions of you per month. Do you think the news would tell you that free higher education can now be found online or that there’s a currently suppressed infinite resource that could revolutionise the planet? Do you think they would urge you to question everything and promote free thinking or show the shocking truth about global wealth inequality?

If you appreciate our work and would like to support our mission in building a community that collaboratively works towards raising awareness on information that actually matters. Then please spread the word. Whether it’s the occasional article share to your Facebook/Twitter feed or discussing your unearthing of Live Learn Evolve to close friends that may appreciate and see the same value in our content as you do. Every little helps.

“The smart way to keep people passive and obedient is to strictly limit the spectrum of acceptable opinion, but allow very lively debate within that spectrum….” — Noam Chomsky – The Common Good (Real Story)

[title subtitle=”Please feel free to leave a comment with your opinion below….”]So, What do you think about the Mainstream Media?[/title] 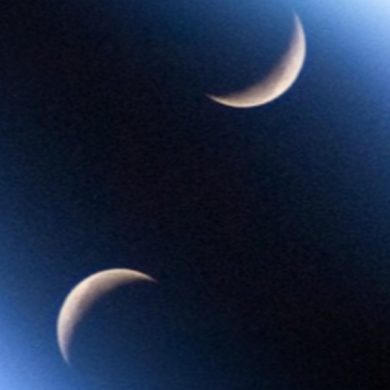 5 Astonishing Alternative Theories About The Universe