The 7 Reasons That Science Says You Should Pay For Experience, Not Things

Your big travel plans might seem like a waste of money. What will you come back with, besides some photos on your phone and a few memories. If you bought a TV with that money instead, you’d watch it every day. While that might seem more valuable, it’s been determined way beyond reasonable doubt that experiences are more likely than material goods to lead to happiness. Since this new truth was first unearthed back in 2003 by psychologists Tom Gilovich and Leaf Van Boven, pioneering researchers have been joining the dots of previous work and conducting new studies to work out why: why are experiences so much better than material goods at making us happy? 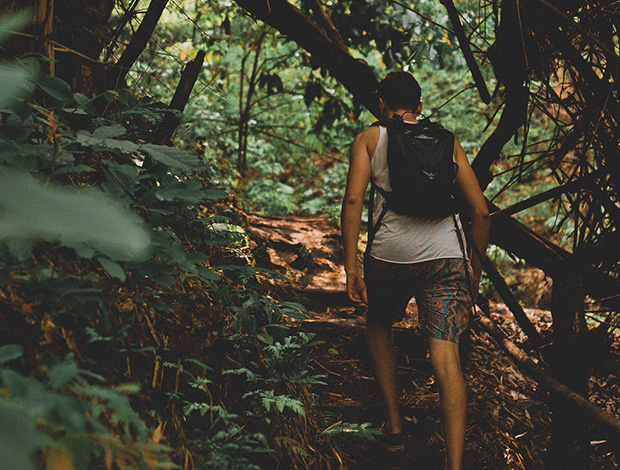 1: WE SEE THE WORLD THROUGH ROSE-TINTED GLASSES

Experiences are better than material goods because of something psychologists call ‘positive re-interpretation,” and what you or I would call “looking through rose-tinted glasses.” If you buy a bad material good, like shoes that hurt or trousers that make you look fat, you’re stuck with the fact you made a bad choice. Those shoes will always hurt. But with experiences it’s not like that. You can make them seem better in your mind.

To test this, psychologists found some people going on a cycling holiday in California and some others going to Disneyland. Of the cyclists, they found that even the ones who’d had a bad experience—a day of cycling in the rain—had a great time. When asked later, instead of thinking of that rainy day as unpleasant, even though it was at the time, they re-interpreted it as rewarding. 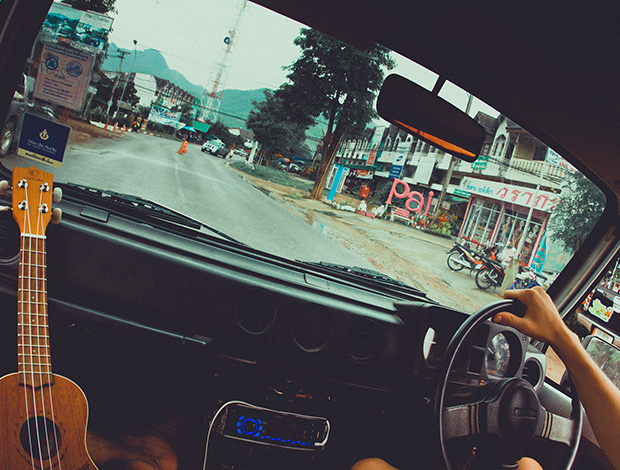 It was similar with the Disney visitors. Mitchell and his colleagues recorded their feelings before, during, and after the trip. It probably won’t surprise you to hear that it turns out the before and the after are more pleasurable. What we imagine we’ll be doing is similar to what we remember: the rides, meeting Mickey, quality time with family. But when we’re actually there, the reality is that we spend far more time coping with the crowds, waiting in line, and moody kids. With experiences, our memories bring the best bits to the front and give them a rosy glow—and the annoying, tiresome parts fade into the forgotten background.

2: WE GET BORED OF STUFF EASILY

Material possessions aren’t as good at making us happy because of something called hedonic adaptation. This happens to anything new. At first, it’s exciting—think of a new cell phone—but we adapt and get used to it, and it becomes less likely to bring us joy. “You could argue,” says Tom Gilovich, “that adaptation is sort of an enemy of happiness.” But hedonic adaptation, the research shows, affects objects far more than experiences. We adapt to them far quicker. 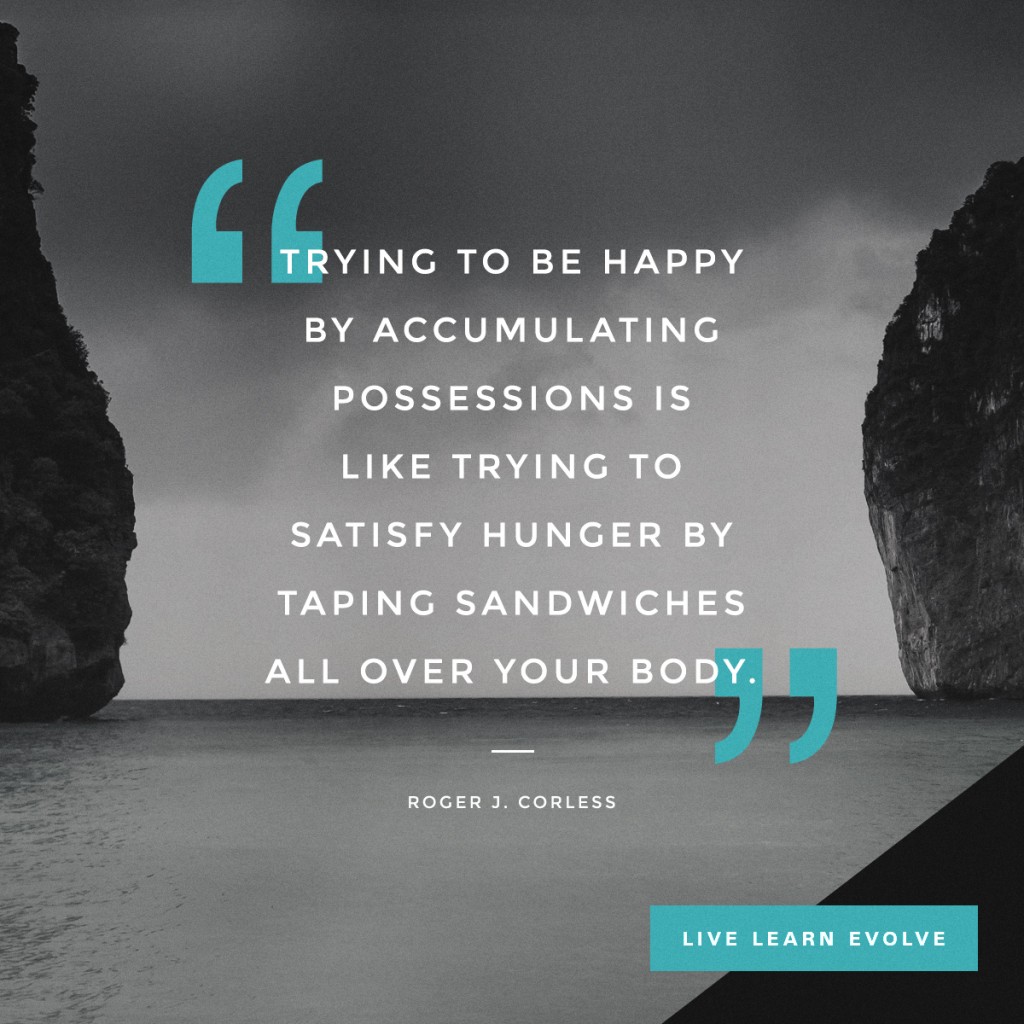 In one study to test this theory, researchers ran a lab experiment with 355 participants. Each had to choose between either an experience—playing a game, watching a video, or listening to a song—or a material good—a deck of cards, for instance, or a ruler, or a keychain, or a picture frame. The researchers then tracked the happiness that people associated with these choices after a few minutes, a day, two days, a week, and, finally, two weeks.

Now you’re asking: who gets happiness from a ruler? But think back to school days a minute, and the fun you could have flicking stuff, hitting people and, er, drawing straight lines. Also bear in mind there were other options, and the outcome of the research was clear: the happiness from ruler, the cards, the keychain, and picture frame fell far more steadily than happiness for the game, the video, and the song. 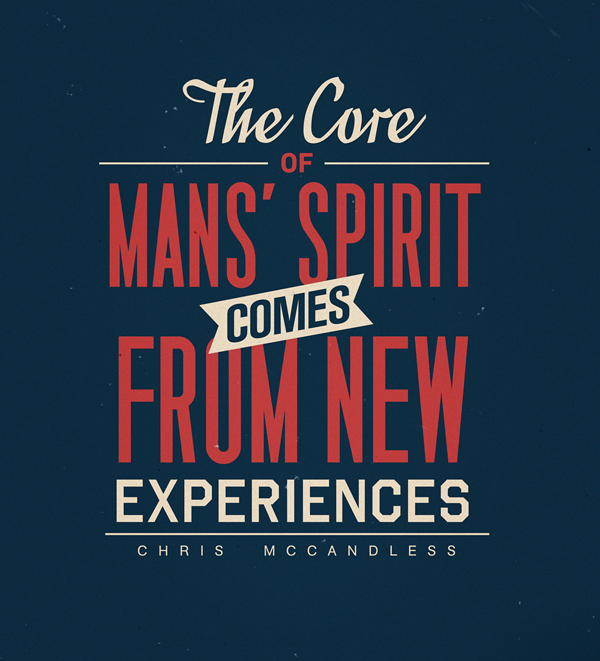 Gilovich and a colleague at Cornell, Travis Carter, used pens and potato chips to test this theory. When people turned up to take part in another study, they were offered either a pen or bag of chips by way of thank you. For some, those two options were all they saw. For others, Carter and Gilovich had placed other, better, more expensive gifts nearby: a mug and a bar of gourmet chocolate.

At the end, when the participants were asked to rate their gift, they rated the chips the same whether they ate them in the presence of the chocolate or not. It wasn’t like that with the pen though. When people knew there was something better they could have had—that lovely mug—they didn’t like the pen nearly as much. This supports the theory that people tend to evaluate experiential gifts, in this case, eating chips, on their own terms—but that they compare material objects with other material objects.

Gilovich explains this well. “Imagine you buy a flat panel TV. You come to my house, and I have a bigger, clearer picture than yours. You’re bummed out,” he says. “But suppose you go on a vacation to the Caribbean. You find out I’ve done the same, and mine sounds better than yours. It might bother you a little bit, but not nearly to the same degree because you have your memories; it’s your idiosyncratic connection to the Caribbean that makes it your vacation. That makes it less comparable to mine, hence your enjoyment isn’t undermined as much.”

4: THE LIFE-CHANGING MAGIC OF FLOW

Flow is a mental state, first identified by a psychologist called Mihaly Csikszentmihalyi, that you get into when you are Inducing Flow. This is what athletes mean when they say they’re “in the zone.” It is what spiritual gurus like Eckhart Tolle mean by “in the present.” No matter what you call it, flow is essential for happiness. 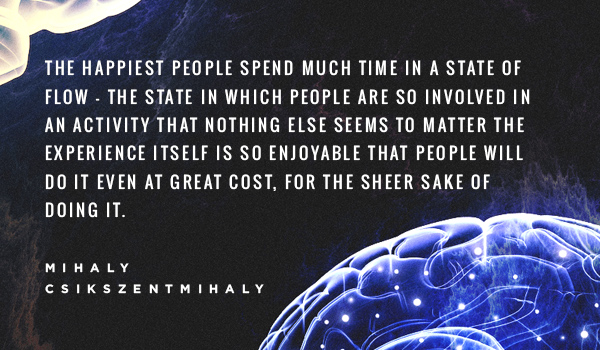 In the research that led to this theory, Csikszentmihalyi gave beepers (this was back in the 1980s) to 75 teenagers and then used the beepers at random times to contact them and ask what they were doing and how they felt. Most of the time their responses were typical teenage answers: they were bored and moody a lot of the time. But when Csikszentmihalyi looked closely at the data, he found that the teens were happier when they were taking on challenging tasks, like trying to solve a problem or playing sport.

To see for yourself why experiences are better than material goods for achieving flow, and therefore happiness, consider this comparison: Would you find it easier to focus on a chair or a pair of shoes, or to concentrate when you are playing tennis, singing in a choir, or reeling in a 10-foot shark?

5: TO WAIT (FOR AN EXPERIENCE) IS GREAT

Experiences are better than material goods because they somehow magically provide free anticipatory pleasure. With material goods, waiting really gets on people’s nerves—which is why social commentators like me can use terms like “instant gratification” and why we’re all prepared to pay more for same day delivery. With experiences it isn’t like that. Instead, waiting for an experience can provide a significant amount of happiness.

To test this idea, Gilovich and a few colleagues, Amit Kumar and Matthew Killingsworth, contacted 2,266 participants who had downloaded an app called TrackYourHappiness (help science—download it now!). Next, at random intervals, they asked the participants five questions. One, were they happy? Two, were they were thinking of buying something? Three, was that thing a material good or an experience? Four, was waiting for that thing pleasant? Five, did waiting feel more like excitement or impatience? After analysing the results, they found that people found the waiting more pleasant, and they were more excited and happier, when they were waiting for an experience.

This is why you should book your summer vacation now, today, as soon as possible—to max out the free happiness that comes from looking forward to it.

6: EXPERIENCES MAKE THE MAN (AND THE WOMAN)

Experiences are better than material goods because we are more likely to think of them as contributing to, and part of, who we are. This truth was brilliantly brought to life in the 2004 movie Eternal Sunshine of the Spotless Mind, in which Jim Carrey and Kate Winslet try to delete all the memories they have of each other. Inspired by the movie, Carter and Gilovich got people to take part in a thought-experiment where they thought about deleting all memories of something they’d owned or something they’d done. More often than not, people thought that losing the memory of an experience would be far worse for their sense of identity.

In another experiment, Carter and Gilovich asked people to do two things. One, to write a list of significant experiential and material purchases they had made. And, two, to write a short story about who they are and how they became the person they are today. Carter and Gilovich said they should include at least one thing from the lists they’d written in their stories. As expected, people were far more likely to include their experiences in their narratives than their possessions.

Try this thought experiment for yourself. Think of the last time you did something—like went to a concert or yoga class or a costume party. Hasn’t each experience contributed to who you are in some way—more than the last things you bought? And if you had to give up a thing or an experience, which would you be more likely to let go? Would you rather wipe the memory of a bachelor party or a wedding, or would you prefer to give away the clothes you wore on the bachelor party, or the dress you wore to the wedding? 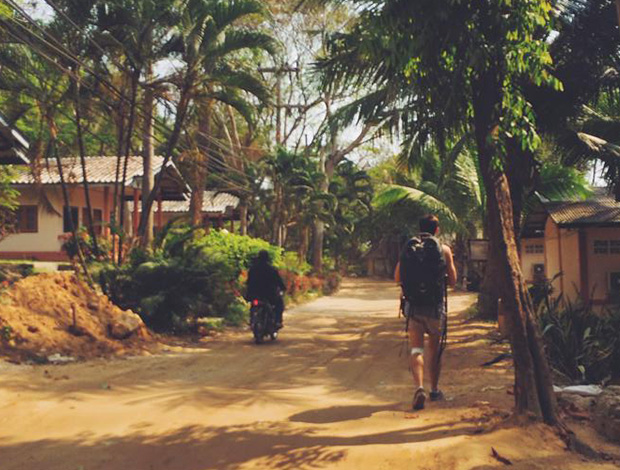 Humans are social animals. We like hugs. We like to be listened to. And we like to feel as if we belong. We are, you could say, people people. This means experiences are more likely to make us happy than material goods, because they bring us closer to other people.

One of the reasons for this is that experiences make better conversation than material goods. You’re more likely to be happier, and I’m more likely to listen, when you talk about what you’ve been up to rather than what you own.

In a study to test this hypothesis, Van Boven, Gilovich, and another psychologist called Margaret Campbell, ran a sort of speed-dating, “get acquainted” experiment—with specific rules. Some were told they could only talk about recent material purchases. Others that they could only talk about recent experiential purchases. After, they were all asked, in private, how much they liked the conversation and the other person. They reported liking both the conversation and the person more if the other person talked about experiences.

Again, think about this yourself: would you rather hear me tell you about the chair I’m sitting on as I write this, or what I did last weekend? (By the way: if you’re on Tindr or Match.com or dating in any sort of capacity, this is a hot tip.)

So, next time you face a choice of spending money, don’t buy stuff. Buy an experience. Every one comes with all sorts of free magic that’s backed by science: it’ll give you a stronger sense of who you are, it’ll bring you closer to others, and it’ll make you happier.