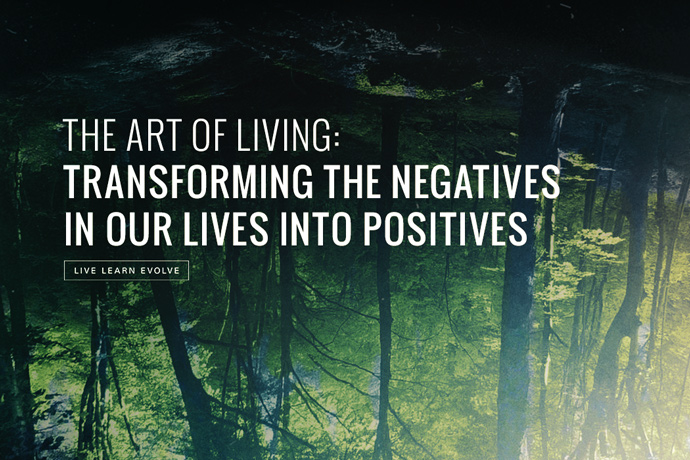 The Art of Living: Transforming the Negatives in Our Lives into Positives

In the sixth century B.C., Greek philosopher Parmenides remarked that the world was a dichotomous one that was divided into contrasting pairs of opposites. In his view, one particular set of opposites prevailed over the other. For instance, in considering pairs such as happiness and sadness, he believed that happiness triumphed over sadness. Likewise, notions of warmth, lightness, and being were deemed as positive, while their corresponding halves – coldness, weight, and non-being – were seen to be negative.

It seems to naturally follow, then, that we ought to aspire to lead a life replete with all that is positive, as outlined by Parmenides, and to avoid the negatives as best as we can.

Yet, should this necessarily be so?

Might we be able to recognise happiness in life, without having experienced sadness? Could we know light, if darkness did not exist? Would the concept of beauty be comprehensible to us, without having seen ugliness? Or, the notion of love, in the absence of loss? Could we appreciate life, without the recognition of death? And what would wisdom mean to us, should we not be cognizant of ignorance? 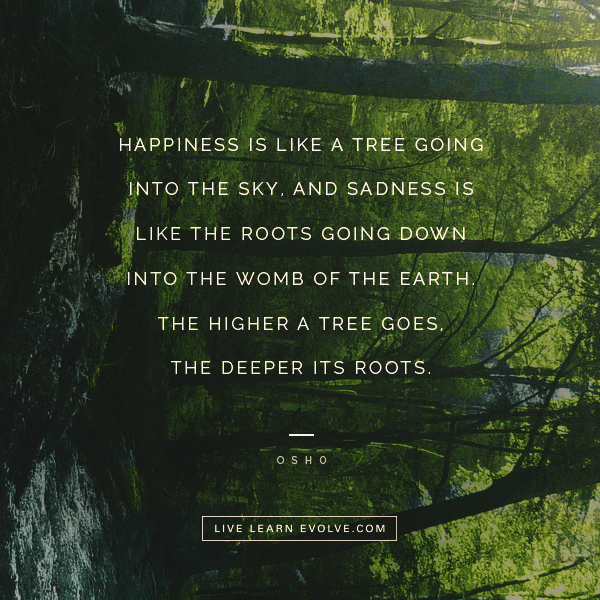 “Happiness is like a tree going into the sky, and sadness is like the roots going down into the womb of the earth. The higher a tree goes, the deeper its roots.” – Osho

The duality inherent in our existence appears to be both inescapable and indubitable, and it is this very duality that allows us to pursue an intense and fulfilling life, for any one positive half (happiness) is in fact so intricately and firmly linked to its corresponding negative half (sadness) insofar as an individual could not possibly immerse in the full extent of exhilaration without having experienced, to a similar extent, that of melancholy. Our appreciation of joy is, therefore, commensurately intensified by the extent of our experience of misery.

In the same vein, Nietzsche commented on the interdependence between the positive and negative elements in our lives:

You have the choice: either as little displeasure as possible, painlessness in brief… or as much displeasure as possible as the price for the growth of an abundance of subtle pleasures and joys that have rarely been relished yet? If you decide for the former and desire to diminish and lower the level of human pain, you also have to diminish and lower the level of their capacity for joy. – Friedrich Nietzsche

As such, in aspiring to live a life filled only with all that is positive, we fail to recognise the inherent interdependence underlying the dichotomy between both extremes. Without having experienced the inverse, we would never be able to truly appreciate the full potential of the good in our lives.

The art of living, then, lies in our adroitness in utilising and transforming the negatives in our lives into capacities for the positive. Rather than perceiving our trials and tribulations as undesirable, we should instead consider these difficulties and sufferings as offerings of wisdom in veiled form, waiting to be uncovered and relished in their full glory.

It is only in acknowledging this unequivocal interdependence and learning to cultivate the ineluctable negatives in our lives are we able to amplify our appreciation and gratification from that which is good, positive, and desirable, and ultimately, enable us to live a life that is impassioned, meaningful, and worthwhile.