Beyond Drugs: The Universal Experience Of Addiction

Addiction is so prevalent in our times, this is a very insightful piece on the roots of trauma and addiction from Gabor Maté.

“The question is not why the addiction, but why the pain.”

With the carnage imposed by the current epidemic of opioids and associated overdoses across North America–many dozens of people dying every day– public alarm around addiction is focused almost exclusively on drugs. For all the anguish around substance dependence, addiction cuts a much broader swath across our culture.

Most addicted people use no drugs at all and addiction cannot be understood if we restrict our vision of it to substances, legal or illicit.

Addiction is manifested in any behavior that a person craves, finds temporary relief or pleasure in but suffers negative consequences as a result of, and yet has difficulty giving up. In brief: craving, relief, pleasure, suffering, impaired control. Note that this definition is not restricted to drugs but could encompass almost any human behavior, from sex to eating to shopping to gambling to extreme sports to TV to compulsive internet use: the list is endless.

“I’m not going to ask you what you were addicted to,” I often say to people, “nor when, nor for how long. Only, whatever your addictive focus, what did it offer you? What did you like about it? What, in the short term, did it give you that you craved or liked so much?” And universally, the answers are: “It helped me escape emotional pain… helped me deal with stress… gave me peace of mind… a sense of connection with others… a sense of control.”

Such answers illuminate that the addiction is neither a choice nor a disease, but originates in a human being’s desperate attempt to solve a problem: the problem of emotional pain, of overwhelming stress, of lost connection, of loss of control, of a deep discomfort with the self. In short, it is a forlorn attempt to solve the problem of human pain. Hence my mantra: “The question is not why the addiction, but why the pain.”

And the source of pain is always and invariably to be found in a person’s lived experience, beginning with childhood. Childhood trauma is the template for addiction—any addiction. All addictions are attempts to escape the deep pain of the hurt child, attempts temporarily soothing but ultimately futile. This is no less true of the socially successful workaholic, such as I have been, than of the inveterate shopper, sexual rover, gambler, abject street-bound substance user or stay-at-home mom and user of opioids.

It is time to realize, then, addiction is neither a choice nor an inherited disease, but a psychological and physiological response to painful life experiences. It can take many forms, but whatever form it takes:

“Trauma has become so commonplace, that most people don’t even recognize its presence.”

Finally, a word about childhood trauma and its relation to addiction and the use of opioids. When people see this word, they often— perhaps naturally—assume that we are speaking of terrible events, such as abuse, sexual exploitation, the death of parents, violence in the home, and so on. And surely, as the research abundantly shows, the more such experiences a child has to endure, the exponentially greater his or her risk of addiction. But trauma is not restricted to horrific experiences. It refers to any set of events that, over time, impose more pain on the child than his or her sensitive organism can process and discharge. Therefore, trauma can occur not only when bad things happen, but also when the parents are too stressed, too distracted, too depressed, to beset by economic worry, too isolated, etc. to respond to a sensitive child’s emotional need to be seen, emotionally held, heard, validated, made to feel secure. Such is the reality behind many a story of “happy childhood.” In fact, the denial of one’s pain, the splitting off of distress from conscious memory, is one of the outcomes of trauma.

As the astute trauma pioneer Peter Levine has written, “Trauma has become so commonplace, that most people don’t even recognize its presence.”

Not all traumatized people become addicted, but all addicted people, including those addiction to opioids, were traumatized in some way. That is the reality of our culture, where addiction, like trauma, is so commonplace that most people also don’t recognize its presence. Yet it surrounds us, engulfs so many of us, that our near-exclusive focus on the troubles of drug addiction is itself but another escape from reality.

For more from Gabor Maté: How to Build a Culture of Good Health 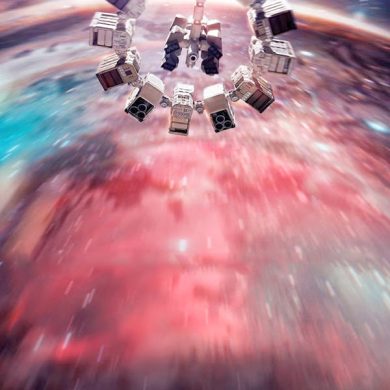 I watch therefore I am: 10 of the Best Philosophical Movies