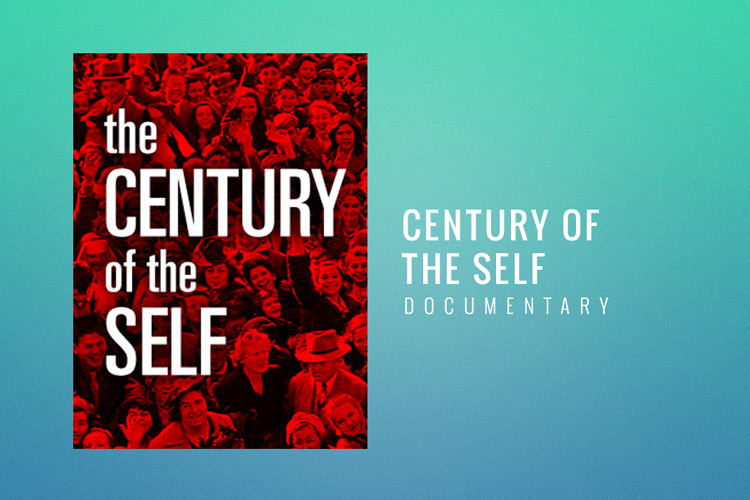 Century of the Self

“This series is about how those in power have used Freud’s theories to try and control the dangerous crowd in an age of mass democracy.” —Adam Curtis’

An award-winning British documentary series focusing on how the techniques in media used to control people. Sigmund Freud, Anna Freud, and Edward Bernays work is heavily featured showing how they influenced the way corporations and governments have analyzed,‭ dealt with, and controlled the masses. Along these general themes, The Century of the Self asks deeper questions about the roots and methods of modern consumerism, representative democracy, commodification and its implications. It also questions the modern way we see ourselves, the attitudes to fashion and superficiality.
[title subtitle=”How did you rate Century of The Self”]Share your thoughts[/title] [separator type=”thin”]

What are your thoughts on Century of the Self?  Do you have any relevant links?  Let us know below: