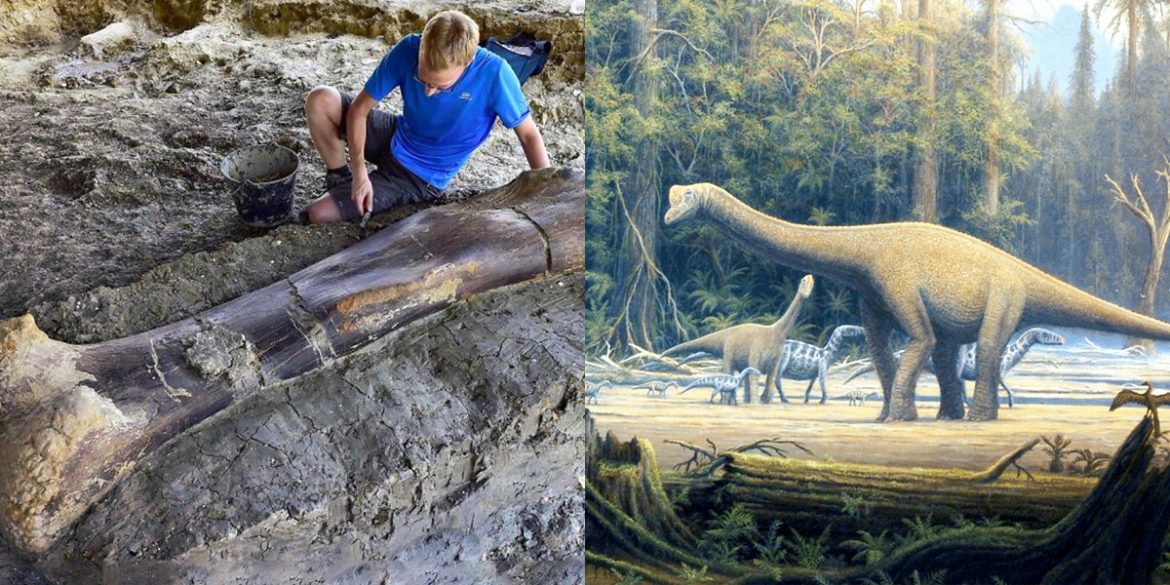 Scientists have uncovered a 6-foot-long thigh bone, believed to be from the one of the biggest dinosaurs to have ever roamed the Earth.

It was discovered at an excavation site in the south of France that has been yielding fossils for nearly a decade.

Two metres (6.6ft) long, the femur found at Angeac is thought to have belonged to a Sauropod, a plant-eating dinosaur with a long neck and tail.

Sauropods, common in the late Jurassic era, were among the largest land animals that ever existed.

“We can see the insertions of muscles and tendons, and scars,” Ronan Allain of the National History Museum of Paris told Le Parisien newspaper.

This is rare for big pieces which tend to collapse in on themselves and fragment.

Just how big was the owner of the thigh?

Such dinosaurs, which lived more than 140m years ago, would have weighed 40 to 50 tonnes, Allain told Reuters news agency.

A sauropod thigh bone found at the same site in 2010 was 2.2m long and weighed 500 kilos, according to local paper La Charente Libre.

Become a member to support the project and get access to our members area.

Our task must be to free ourselves from this prison by widening our circle of compassion to embrace all living creatures and the whole of nature in its beauty.