Holotropic breathwork is a way of breathing your way into a new state of consciousness. The best part: they haven’t figured out how to make breathing illegal…yet.

Drugs are usually the first thing someone encounters when researching how to become a psychonaut. They provide a quick shortcut to an altered state of consciousness that sounds fun and exciting. Psychedelics are the cheat code to reaching enlightenment. However, because of the illegality of these substances, many psychonauts put themselves into jeopardy just to press the limits of their experience, either with legal quandaries with drugs or by taking substances that are harmful and untested. Fortunately, our body is the best drug mule we could want. Through meditation, lucid dreaming, sensory deprivation, and a myriad of other natural means, we can achieve altered states of consciousness. One avenue that few have heard of is holotropic breathwork. At its core, holotropic breathwork, or just breathwork, is controlling your breathing to reach an altered state of consciousness.

Before diving into how to successfully perform holotropic breathwork for non-ordinary states, it is worth noting the individual responsible with bringing the practice to the forefront.
Stanislav Grof is one of the early scientific researchers who was dedicated to LSD therapy. His work was mostly centered around exploring the mind in this susceptible tripping state to determine where trauma has affected an individual. With the drug crackdown in the 60s, Grof developed a formalized breathwork discipline that he trademarked as “Holotropic Breathwork”. Now in his 80s, Stanislav Grof is still certifying practitioners of holotropic breathwork and leading seminars for individuals to try it out first hand.

HOW TO DO HOLOTROPIC BREATHWORK

The first part of breathwork is to breathe deep. It’s best to be totally reclined while doing this step. Breathe in through your nose and out through your mouth.

I don’t mean just a deep breath. I mean push your stomach out and take in as much as you can. Once you have taken in a deep breath, push it all out. This will feel very unnatural, but breathe deeper and faster until it shows you the capacity of your lungs. It also changes breathing from a subconscious thing you do to something you are focused on controlling. Do this for a few minutes.

Keep going with it while focusing on just your breath. You want to clear as much of your mind as you can. Feel free to take breaks if you get too dizzy, but focus on acclimating to these sensations as this is a foundational step. To help clear your mind, imagine your thoughts as clouds passing over head. Don’t focus on the clouds, just observe them while focusing on your breathing. When you have conquered the deep breaths, you’re ready for the next step.

This is the essence of holotropic breathwork. You are going to take a breath, and exhale as soon as you hit capacity, and then take another one as soon as that breath is exhaled.

One trick I found was learning circular breathing. Musicians use this to play without breaks. Simply put, you are inhaling deep, filling your lungs, and then exhaling out your mouth. Before you lose too much air, puff your cheeks, and then push that air out as you inhale through your nose, in a sniffing sensation. This sounds impossible, but if you use a straw in some water, you can see it happen a lot faster. Practice that, and eventually, you’ll get decent enough at it. This is the same mechanism you want to do when you are speeding up your breathing. As soon as you exhale and feeling your oxygen depleting, inhale deep. Practice doing it as fast as comfortable.

The goal here is also to be able to inhale and exhale as hard as you possibly can. It will feel like you’re not taking in much air, and well, that’s because you aren’t. You are hyper-oxygenating your lungs, but you aren’t holding anything. Keep doing this until it becomes second nature. One thing to note at this step is to stay as relaxed as possible. If you feel like your body is tensing, slow down a bit, but keep the breaths deep and filling.

As your practice gets better, entering an altered state of consciousness becomes easier. Then, you are ready to explore the mind or the magical world around you. These states will allow you to test new boundaries, (per Dr. Grof’s take on it), or just allow you to trod your own paths. These states can feel very similar to advanced meditative practices and, allegedly, similar to psychedelic states.

You are the explorer. Enjoy it. 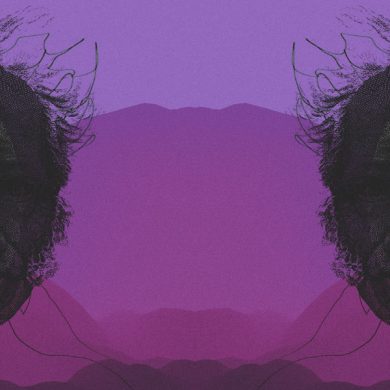 How Schopenhauer’s Philosophy can illuminate a midlife crisis