How Much Is Enough?

The closest I’ve come to enlightenment was the two minutes when I was lying in a bloody heap on Valsfjell Mountain in Norway. This was back in February 2001. While skiing down a steep slope, I crashed through a fence, flew off a cliff, and landed with a thump, breaking my leg and several vertebrae. That moment, my consciousness was transported to somewhere or Something, where it was enveloped in a white light and told ‘you’re OK’.

This was after I had suffered from post-traumatic stress for six years. I felt fundamentally broken, and struggled to trust and connect with other people. I was in a vicious loop of social anxiety, and shock at having ‘lost my self’.

IT gave me this information: ‘Your soul is infinitely precious. Its value can’t be added to or taken away. Nothing can harm it or destroy it, not even death. Relax and trust the treasure within. Rest in the inner garden. Stop worrying so much about others’ approval. Praise doesn’t add one krone to your value, criticism doesn’t lower it.’

In the weeks after that off-peak experience, I felt re-centred and rejuvenated. After years of begging in the street for others’ approval, I suddenly realized I had the keys to a mansion. This wondrous soul, this well of love and power within us, makes us the wealthiest, most blessed beings, if we could just shift our perspective and realize it.

That experience was 18 years ago. Since then, I have often forgotten who I am, and gone back to begging in the streets. Unless you’re Eckhart Tolle, you’re not constantly bathing in the warm light of the divine, not consciously anyway. You’re catching the occasional ray. Meanwhile, you need to find your way in this material dimension. Work, taxes, relationships, family, pension. And sometimes, you feel like you don’t have enough of something – love, respect, money, confidence – and you can easily switch back into feeling deficient, empty and hungry for external validation.

How does one balance a feeling of inner sufficiency with the need to go out there and hustle for a living?

I read a good book recently that talks about the power of feeling enough, and how this can play out in work, in the economy, and the environment. It’s called The Soul of Money, by Lynne Twist.

Lynne urges us to become more conscious in our relationship to money, and the assumptions and myths we hold around it, so that we become capable of seeing money as a vehicle for our ideals.

Lynne is a very successful fund-raiser. She has raised hundreds of millions of dollars for various charities, particularly The Hunger Project and, more recently, an organisation called The Pachamama Alliance, that works with indigenous Amazonian people.

She says our relationship to money is often shaped by three basic myths: ‘there is not enough’, ‘more is better’, and ‘it’s always been this way’.

The first two, she says, create a Hobbesian mind-set of scarcity, in which the world is a harsh battlefield, a brutal scrabble for survival. There will be winners and losers. There is not enough, so you’d better get yours quick, and the more the better.

That mind-set comes from a place of deep insufficiency, an inner emptiness, pain and spiritual hunger. ‘There is not enough’ is closely connected to another deep myth:  ‘I am not good enough’. I am flawed and unlovable, therefore I need to prove my worth through external things, like sex, power and status. The habitual cravings come from a fear of our ego’s emptiness and an ignorance of who we really are.

For so many of us, feelings of deficiency are right around the corner. It doesn’t take much—just hearing of someone else’s accomplishments, being criticized, getting into an argument, making a mistake at work—to make us feel that we are not okay. As a friend of mine put it, ‘Feeling that something is wrong with me is the invisible and toxic gas I am always breathing.’ When we experience our lives through this lens of personal insufficiency, we are imprisoned in the trance of unworthiness. Trapped in this trance, we are unable to perceive the truth of who we really are.

The trance of unworthiness ‘makes it difficult to trust that we are truly loved. Many of us live with an undercurrent of depression or hopelessness about ever feeling close to other people. We fear that if they realize we are boring or stupid, selfish or insecure, they’ll reject us. If we’re not attractive enough, we may never be loved in an intimate, romantic way. We yearn for an unquestioned experience of belonging, to feel at home with ourselves and others, at ease and fully accepted. But the trance of unworthiness keeps the sweetness of belonging out of reach’.

How can we wake up from this trance of unworthiness, this dream of ‘not enough’. Lynne Twist writes:

All the great spiritual teachings tell us to look inside to find the wholeness we crave, but the scarcity chase allows no time or psychic space for that kind of introspection. In the pursuit of more we overlook the fullness and completeness that are already within us. [This scarcity chase] is the driving force for much of the violence and war, corruption and exploitation on earth.

We need to wake up to our inner richness, to the natural resource of consciousness, the renewable energy of wisdom, love, relationships, creativity. We need to realize we have enough resources to meet the challenge of the present. Twist calls this attitude ‘sufficiency’:

Sufficiency is an act of generating, distinguishing, making known to ourselves the power and presence of our existing resources, and our inner resources…When we live in the context of sufficiency, we find a natural freedom and integrity. We engage in life from a sense of our own wholeness rather than a desperate longing to be complete. We feel naturally called to share the resources that flow through our lives.

From a development perspective, sufficiency means not thinking western donors can or should save poor third-world countries from their helpless destitution (the Band-Aid school of development), but instead realizing those countries and communities already have skills and assets which they can draw on, and we can learn from (like the incredible botanical knowledge of indigenous Amazonian tribes). It means working with them rather than trying to save them.

From a personal perspective, embracing sufficiency means not focusing only on the problems and deficiencies in your life, but instead appreciating your strengths and gifts – including the gift of consciousness – which you can draw on to meet the challenges that arise. When you appreciate all you are and all you have, you can begin to open in confidence and love to others, rather than defensive neediness.

She quotes a beautiful poem by the Bengali mystic Rabindranath Tagore to illustrate this shift from a scarcity to a sufficiency mind-set:

I lived on the shady side of the road and watched my neighbours’ gardens across the way reveling in the sunshine.

I felt I was poor, and from door to door went with my hunger.

The more they gave me from their careless abundance the more I became aware of my beggar’s bowl.

Till one morning I awoke from my sleep at the sudden opening of my door, and you came and asked for alms.

In despair I broke the lid of my chest open and was startled into finding my own wealth.

Since the late 1990s, Twist has worked with an indigenous tribe in the Amazon called the Achuar, through the Pachamama Alliance. She says she became aware of the Achuar after taking part in an Amazon ‘dreaming ritual’ (ie an ayahuasca ceremony) in which she saw the tribe in a vision. She tracked them down and they, apparently, were expecting her. They’ve worked together ever since.

This is where mysticism, environmentalism, psychedelics and economics interact. We need to change the dream we’re in, change the myths we live by, to move from a ‘not enough’ anxious scrabble for survival, to a mind-set of ‘there’s enough for all of us’. That involves waking up to the ‘enough’ within, to the natural wealth of our consciousness and the joy of connection to other beings. It also means recognizing the power of our minds, myths and imagination to shape reality.

Twist writes that her work with Pachamama Alliance involves a sort of political dreaming:

The future we dream, and which is emerging as reality, is one in which these pristine ecosystems are protected and the indigenous people who are the natural custodians of these forests are respected for their intelligence and vision.

we must think and talk about money as part of a true ecosystem—a single system in which we view the economy and the ecology as fundamentally bound together. For too long the economy has been viewed as separate from ecology, but nature has showed us that the two are inextricably joined. In fact, the economy is a subset of the ecology.

How does this exciting vision relate to my life and plans at the moment? Well, as regular readers know, I’m trying to shift my relationship to money this year, from a ‘broke writer’ mind-set to something else. I want to build an organisation, a home for wisdom research and practice, and that involves asking funders for money. This involves a shift for me, from the ‘I’m-a-freelancer-so-I-don’t-care-if-you-reject-me’ mindset, to a more collaborative mindset of ‘work with me and help me build something worthwhile’.

It means having the courage to ask others to help me, and risking rejection and failure. Lynne Twist is great at this. She says:

I love to ask people for money. Fund-raising is a calling for me, not the dreaded assignment or burdensome obligation it is sometimes made out to be. Fund-raising is hard work, but I also believe fund-raising is sacred work… a great fund-raiser is a broker for the sacred energy of money, helping people use the money that flows through their lives in the most useful way that is consistent with their aspirations and hopes for humanity…

This is a great attitude. ‘I love to ask people for money.’ It’s not Law of Attraction, not quite. It’s having a strong vision, and calling others to help, but doing that from a sense of your own sufficiency, rather than from a place of neediness and deficiency.

The next stage for me, I think, involves developing from a very independent and people-suspicious writer (who secretly craves community), to growing more of an organisation, community, and working culture where all of our consciousness is allowed to show up. I’m sure it will involve me confronting various myths and dreams of unworthiness in myself, and going through various setbacks and growing pains.

But in some ways, it’s just a game. We can try to play the game well, and enjoy the process, without betting our self-worth totally on the outcome. My soul, your soul, are fine as they are. We are infinitely loved, our souls are infinitely precious. We can work from a sense of sufficiency, a sense of play, an openness to what we’re feeling, and joy as we realize our potential.

Here is a little poem I sometimes say to myself, which helps me turn off the demented secretary of my ego and rest in my soul for 20 minutes or so.

Nowhere to get to 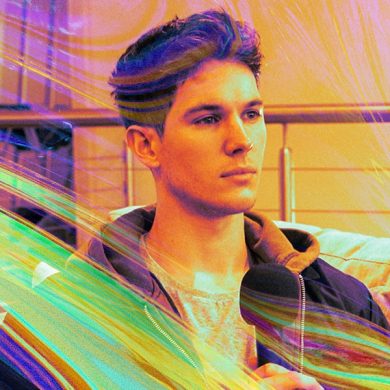 The Divine Dance of Lila: A Conversation with Samuel Austin