What Inner Peace Actually Is and how to access it

If you’re someone who reads books or blogs about well-being or spirituality, one idea you’ll run into a lot is that there’s a background of peace or stillness behind everything, and attentive people can “tap into” it or “vibrate” with it or otherwise experience it. Often referenced to as ‘inner peace’.

This is enough to trip the BS-alarm of many people, because it suggests some kind of benevolence or personality behind the universe.

But in my experience, there’s definitely something to this notion. I do find this “background peace” on a regular basis, and it doesn’t seem to matter much what’s going on in the foreground. When I’m upset or otherwise inattentive I won’t find it (or remember to look for it.) When I do locate it, it’s just as likely to be behind a busy street scene as a quiet park.

I think the “out-there” status of the peace-in-the-background idea is just another example of kookiness-by-association — many people who talk about it might also talk matter-of-factly about healing crystals and communion with trees, and so the skeptically-minded person sees it as more of the same. A lot of useful ideas probably get dismissed this way.

But there’s no reason to take it as a supernatural claim. It’s just a shift in our way of observing, similar to how we can shift between perceiving the plot of a novel and words printed on its pages.

I remember riding in a car somewhere with three friends, and two of them were in a heated argument. I could feel myself getting perturbed by the increasing anger and noise as they carried on. We’ve all had this kind of contagious chaos happen to us, by hearing a violent news story or the radio, or just being around vindictive people. Upset in the world around you tends to stir things up, correspondingly, inside you.

But then something shifted in my perception and I felt this link dissolve. I slipped back into tune with whatever peace or quiet was there before my friends started up, because it seemed to be still there behind the words and noise.

With this anecdote I’m not trying to describe some life-changing moment, just one example of hundreds or more, of touching this background peace. Sometimes it finds me by accident, but more often I find it because it occurred to me at that moment to look for it.

Why would there be peace in the background? Because for anything at all to happen (including anything unpeaceful), there has to be a space for it to happen in, and space is intrinsically devoid of conflict. For example, noise requires silence for it to arise out of and recede into. No matter how much noise happens in the foreground, it couldn’t be noise if there wasn’t silence there already, as its background canvas.

The space in which our lives happen is still present no matter what happens in it. There seems to be peace in this space, and it seems we can notice it sometimes when we look. 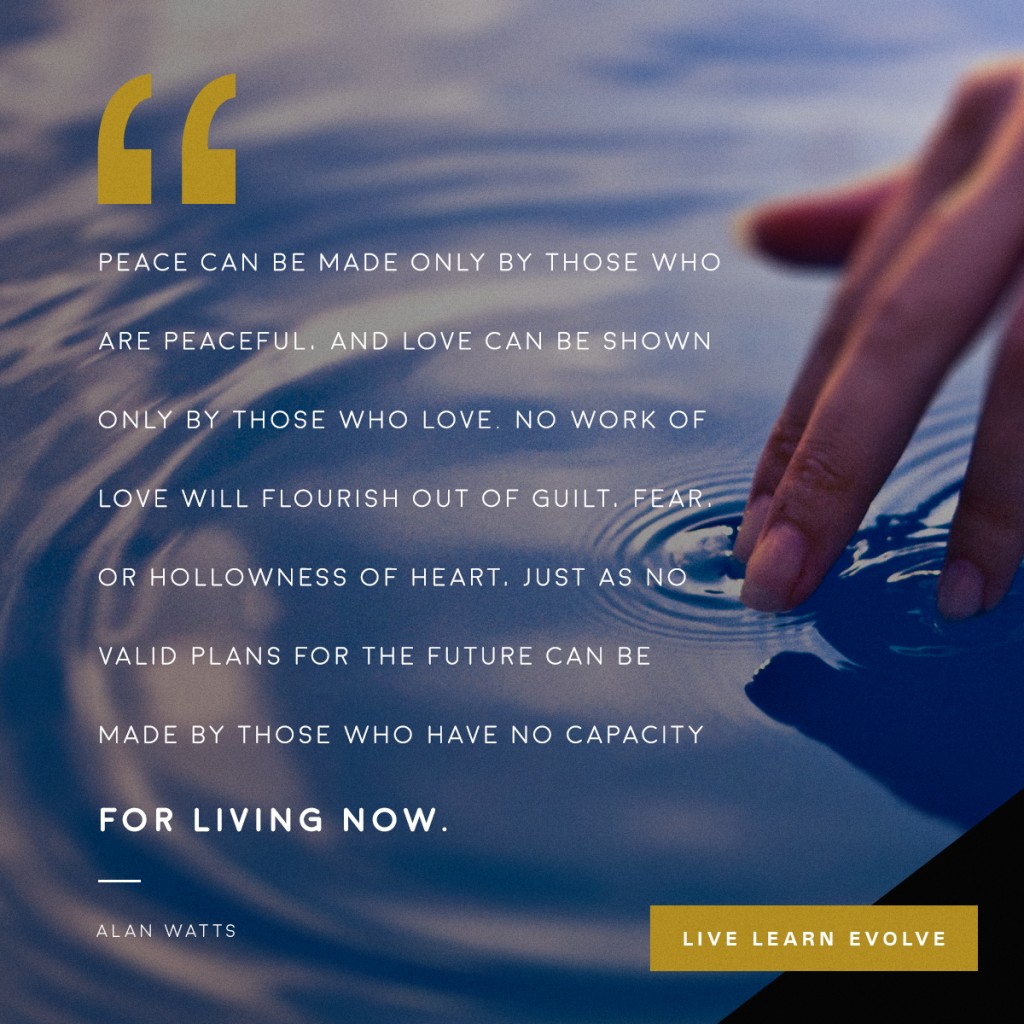 And I’m certainly not the first to talk about it. Zen is full of references to the sound of one hand clapping, the distant mountain stream, the silence out of which all sound arises — all stylized pointers to the empty, peaceful background to all experience. Eckhart Tolle (who may or may not trip your BS-alarm) devotes a chapter to it in A New Earth, although I didn’t know what he was talking about the first time I read it. Bible fans cite “The peace that passes all understanding” from Phillippians 4:7, (but naturally they attribute this quality to the power of God, which disqualifies it for consideration by the non-religious crowd.)

In particular, it’s a big theme in meditation circles, both the secular and religious kind, because in meditation it becomes obvious. They sometimes make it sound like something mystical, but regardless of your beliefs, you can’t meditate for long without noticing there is some kind of background, or space, in which all phenomena happen. You can notice it just like you can notice the things in it.

You’ve always been in space

We tend use the word space to refer to places where things aren’t — places where there’s room for another end table or another vehicle or another appointment — but this just attests to our complete preoccupation with the things and forms in our lives, and our near-complete oversight of the space in which they are all happening.

We imagine we have to leave the atmosphere to be properly “in space”, but space is down here too. It’s still present whether there’s something in it or not.

Think of it this way: when a planet flies through space on its way around the sun, the space doesn’t have to “get out of the way” by flowing around the planet, the way air must flow around a jetliner. The planet can just go right through space. Space and matter don’t conflict. They can be in the same place at the same time, and in fact you couldn’t have any planets or jetliners, or air — or for that matter, arguments in cars, or anything else in your life — without space for them to inhabit.

So that means everywhere there is any thing or things, there is space too. Space permeates absolutely everything, including your body, your walls, your city, and every scene you’ve ever found yourself in.

Noticing the presence of space in these scenes (and particularly in your body) is noticing an undercurrent of peace. This makes sense of you think about it. Space is intrinsically peaceful. It has no form, and so it doesn’t get in the way of anything or conflict with anything. It doesn’t crowd anything out or make anything impossible. It can never be harmed by what passes through it, and it never degrades or spoils or gets dirty. It’s dependable, nonjudgmental, and welcoming to everything, and even while there is noise or chaos happening in it, space itself is absolutely quiet.

It might seem like it doesn’t matter that space is always intrinsically peaceful, if its current contents are not. All I can say is that there is a stabilizing effect in noticing this eternal, welcoming quality in your experience. It puts the ever-changing content into perspective, helping you recognize that it’s all relative and fleeting, and also fascinating in that it is happening at all.

Noticing the spaciousness that’s present behind everything gives you an uncanny sense of personal spaciousness like you suddenly have more options. And you do, because you’re not so easily bound to the play of things and stuff passing through your immediate neighborhood of space.

During the summer, loud motorcycles rip down the street just outside my window. When I’ve lost sight of the background, the silence that’s there behind the noise, these bikes really annoy me. When I’m paying attention to the silence behind the noise, the sonic space the noise appears in, it’s fine. Better than fine. It’s still not my favorite noise, but the way it comes and goes is kind of beautiful.

It’s a hard thing to convey, and it kind of makes you sound like a flake when you try. We’re so conditioned to see the world only in terms of its things and forms, that we’re liable to regard space as meaningless or inconsequential, or a matter of semantics. Some people won’t gain anything useful from this post and that’s inevitable. Some of you will.

It’s just a matter of noticing and appreciating, from time to time, the uninterrupted space that permeates you and everything else around you. I’m sitting at my desk, and I can sense the field of space that extends through my body and the room I’m sitting in, out into the street and its summer crowd, through the buildings behind them, and the park behind the buildings, and the downtown beyond. Walls don’t divide it or hinder it even a bit, and neither does the ground itself, or bad weather, or motorbikes, or shouting or violence, or the planets and stars, and it has always been this way whether I’ve been paying attention or not. 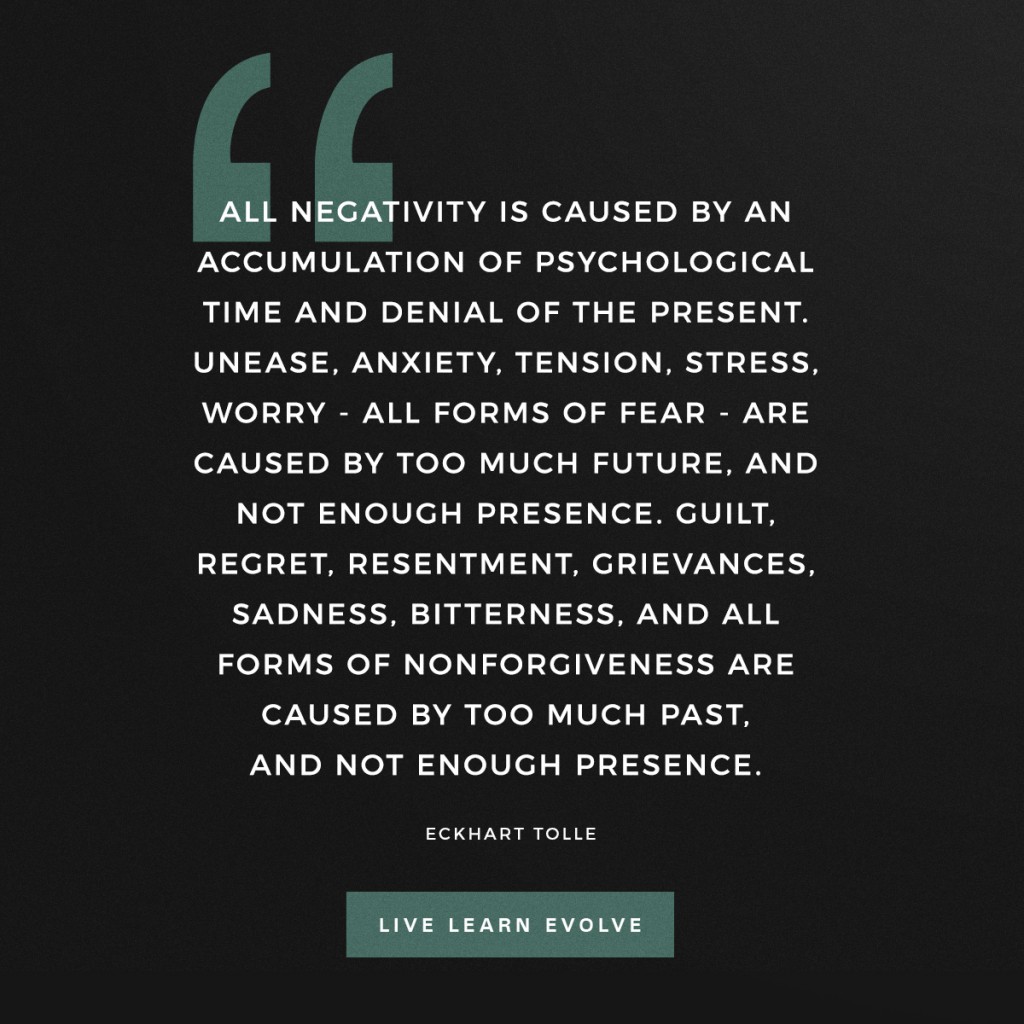 If you’re interested in living more in the present

I’ve been writing a lot recently about the habit of living mindfully and its incredible benefits. I’ve been getting a lot of emails and comments from you on the topic, and it’s been my personal focus for the last year.  (Some related articles: One | Two | Three | Four | Five )

Exploring mindfulness has truly transformed my life and I want to help other people do the same thing. Over the past few months, I’ve put together a full-length guide on making mindfulness a lasting habit. I’ll have a lot more details later, but in the mean-time you can learn more here.