The Cryptocurrency Revolution: A Beginner’s Guide to the Future of Money

Back in the day, people who knew about cryptocurrency were those operating within tech circles. It was very hush hush, operating out of the view of the average person. Fast forward to the present day, and the average Joe will have heard of the phenomenon.

Most people will have heard stories of how if you purchased Bitcoin years ago, how you’d now have millions of pounds worth. You’d literally be loaded! That story seemed to grab the attention of a lot of people around the globe.

The media spotlight sort of paved the way for more and more people to take note and delve a bit deeper into the world of cryptocurrency and its purpose. So, with this guide we want to give you a good understanding of what cryptocurrency is all about.

IN THIS GUIDE YOU’LL LEARN:

Essentially a digital form of cash, cryptocurrency is purely online based and is not like other types of currency such as GBP or USD. With currencies such as the Great British Pound or the United States Dollar, you’ll find that the government backs them. Cryptocurrencies are not government backed; they are supported by their respective networks. So it’s goodbye to those notes and cards in your wallet, and you don’t have to put your faith in the government!

Cryptocurrencies are actually entries into a database that are created with cryptography, made secure through complex mathematics and not people. Validating transactions purposely takes a lot of trial and error, so if you haven’t got much patience, mining won’t be for you. We’ll find out more about mining later in the article.

Cryptocurrency databases are shared over a network, and it’s this network that prevents errors occurring. These errors can be things such as double spending (sending the same payment token to two different people), and nobody wants to do that. The entries in the database can only be altered through specific conditions being fulfilled.

There is no central authority or a central server that governs the cryptocurrency, approving and disproving transactions. The cryptocurrencies are created by the network, and the way they are generated is generally unique to each network and cryptocurrency type. Different types of cryptocurrency are not equal and not interchangeable.

Did You Know? A man from Wales threw away his old hard drive that was believed to contain around $4 million dollars’ worth of Bitcoins?

HOW DOES CRYPTOCURRENCY WORK?

Mining is basically the process involved when confirming a transaction. For the entry to be added to the database, the miner has to solve a sort of mathematical puzzle, usually a very complex one. Anyone can be a miner as it is open source but does require a lot of computer power. The miner who solves the mathematical puzzle first adds a block on entries to the database. These entries cannot be made by anyone at any time or altered, that is the purpose of mining. Once the miner has completed the task, they will receive a fee and also newly created coins too for their work. Everyone will know that they have sealed off the block too, so it’s a moment in the spotlight situation.

What Is A Blockchain?

Blockchain technology was actually created by the founder of Bitcoin, Satoshi Nakamoto. It is a way that allows transactions to be stored in a public database; it’s basically a back history of transactions that have ever taken place. You could even look at the blocks that make up the blockchain like individual bank statements.

The database that updates in real time is stored and shared by the people connected to the network, or nodes, as they are commonly known as. It’s basically like a public database that has been shared thousands of times over a network, but the great thing is, it constantly stays up to date, for anyone with access to it.  Those pesky hackers can’t get to work on the database either as it is stored in multiple locations, not just the typical centralized one.

Miners work on blockchains, looking to keep everything running smoothly. When a block is created they take the original information, and after applying a bit of brain power to a sort of mathematical formula, they are left with what is known as a hash. The hash seals off and secures the block. It confirms the transactions are legitimate.

It’s a sort of competition for miners. They are competing against rival miners to be able to seal off and secure a block.

The database takes care of performing checks such as checking whether the digital wallets in use can calculate balances accurately. They also confirm that the person spending actually owns the coins involved in the transactions. When it comes to anything of value, people want peace of mind after all.

The value of cryptocurrency can fluctuate, much like traditional currencies, due to the demand for them and also if there is a shortage.

The identities of the coin owners are always encrypted, with the person having complete control over it. They are the only one to know their personal key, thus giving them sole control over their account.

Did You Know? May 22nd is known as Bitcoin Pizza Day! A programmer paid a Bitcoin user 10,000 bitcoins for two Papa John’s pizzas on this day in 2010. Check the current price →

THE ADVANTAGES OF USING CRYPTOCURRENCIES

First of all, as the money is digital, it cannot be forged or counterfeited. Payments cannot be reversed either like credit card chargebacks can. Once the transaction is complete, it is set in stone.

With the miners receiving payment for their work from the actual network, there aren’t usually transaction fees to worry about. There is no cryptocurrency transaction fee. Some people will use a third party service to help maintain their digital wallet. They are likely to charge for their services, very much in the same way that PayPal does.

With regular currencies and through the use of credit and debit cards around the world, you are often at risk of having your identity stolen. You input your credit card details or put it into a machine, and the payment is then requested by the merchant. Cryptocurrency transactions operate differently though. The owner chooses the amount to send, not the merchant. Identities are encrypted too during transactions.

The main advantage of cryptocurrency is that you own the account and have full control over it. Nobody else. Every other digital cash system around the world can be controlled by other people. Your private key and the public key that make up your cryptocurrency is yours and yours only. Only you can access and control it.

Did You Know? The FBI owns 15 per cent of the world’s Bitcoins.

5 OF THE WORLD’S TOP CRYPTOCURRENCIES

1. Bitcoin
Bitcoin is the original cryptocurrency and still the most valuable on the market today. It is the market leader due to its established reputation worldwide, its security and the huge community base powering it. Bitcoin holds significant value and has received media attention around the world. Retailers such as Amazon have started to accept Bitcoin by allowing consumers to purchase gift cards with the cryptocurrency.

2. Ethereum
Ether is seen as a sort of token, a fuel as described on their website that is used to pay for computation. It is not intended to be used as a form of currency. Ethereum differs from Bitcoin in the sense that it is completely programmable. The platform allows developers to build and activate applications within the blockchain technology. Miners work to earn Ether rather than mine for Bitcoin.

3. Litecoin
Litecoin is another popular cryptocurrency, often known as LTC, which operates on a peer-to-peer network. Many believe Litecoin to be a direct competitor to Bitcoin as the way it works is very similar. The currency operates on a blockchain and mining takes place to verify transactions and to provide security.

4. Neo
NEO is the first decentralized, open-source cryptocurrency and blockchain platform launched in China.
NEO is mixing Blockchain technology and digital identity to “digitize assets”. NEO provides a framework for the digitalization of real world assets and is set on the goal of making it accessible to everyone.

5. Monero
Monero is a secure, private and untraceable currency system. Monero uses a special kind of cryptography to ensure that all of its transactions remain 100% unlinkable and untraceable. In an increasingly transparent world, you can see why something like Monero can become so desirable.

Did You Know? A journalist was once given a Bitcoin live on TV back in 2013. It was quickly stolen from him by a viewer. Lesson learned: do never expose your private key.

Cryptocurrency is one of the fastest growing technologies on the planet and it’s incredible ability to disrupt the monopolisation of the international banking system will make it one of the most controversial topics of our time. Now that you’ve a bit of a better understanding of what’s cryptocurrency all about, you may want to learn more about some of the specific currencies or get started by buying some.

If you want to go into depth on the technical specifics, I really recommend reading some of the whitepapers. For example those of Bitcoin and Ethereum. Read a full collection of white papers in this ‘Learn More‘ collection.

Did you get excited about cryptocurrency and have you always wanted to buy some? Coinbase is a good starter exchange. You can get $10 worth of free Bitcoin using our referral with this link. It’s a good place for cryptocurrency beginners to make their first purchase, however as you learn the ropes I’d highly recommend Binance and Gdax moving forward. Check this exchanges collection for a full list.

Thanks for reading. Want to get an update when new cryptocurrency guides are released? Then please subscribe to Cryptominded’s newsletter.

If you’ve any feedback or links to add to the guide, let us know below. 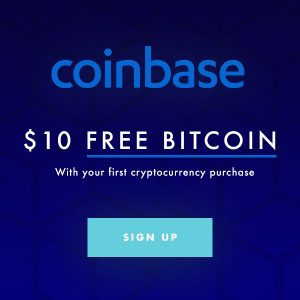