What is Kundalini? The Sacred Sexual Energy Explained

Most of us have heard of Kundalini yoga. It is called the ‘yoga of awareness’ because it seeks to awaken the dormant Kundalini energy through regular practice of meditation, pranayama and mantra chanting.

Most of us are not aware of what Kundalini is, however. Somehow, even over the last century as Eastern yogic and meditative practices have migrated over to the West in droves, we are still in the dark about what this force really means. Many of us have awakened it inside of ourselves without even knowing what is happening. This has caused a immense amount of confusion, fear and suffering in those affected who are unaware of what is taking place. We are emerging out of the dark ages about Kundalini, but we have a long way to go in order to fully integrate it into our waking lives. 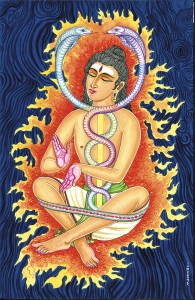 So – what is Kundalini? Let’s start with the meaning of the word. In Sanskrit, the adjective kundalin means ‘circular’ and in Tantrasadbhava Tantra the term means ‘ring, bracelet or coil.’ The Yoga Upanishads describe Kundalini as being ‘coiled’ at the base of the spine, and is represented by a snake or serpent.

In many Eastern traditions Kundalini is discussed as being a latent spiritual force of immense power and potential. The awakening of Kundalini usually takes place from the sacrum (base of the spine) and this is the point of departure for the ‘serpent’ to uncoil itself and travel up the spine. Once it reaches the crown (top of the head) the Divine Union takes place – merging with the Universe, God, or the Great Beyond.

Summary of the scientific hypothesis by Neuroscientist and Author Todd Murphy:
There is an activation of the right amygdala (responsible for emotions of fear, anxiety, and paradoxically, relaxation), the activity becomes so intense that the brain dumps it into the left amygdala (responsible for bliss, joy, and excitation). The speaker’s hypothesis is that this dumping of activity permanently dis-inhibits the neurons that normally block the connection between the two amygdalas (there is a channel connecting them, but it’s normally inhibited) – this results in a permanent transmutation of fear into bliss.

As previously stated, many people can undergo this process spontaneously without prior knowledge of Kundalini. It can happen as a result of physical trauma/injury, psychedelic drug use, pregnancy/childbirth, or simply having an open mind. Those who consciously awaken it can do so via meditation, yoga, certain breathing techniques and other forms of exercise.

Many mistakenly believe that this experience automatically denotes enlightenment – nothing could be further from the truth. Having a Kundalini awakening is only the beginning of a long, sometimes arduous, purification process. Some practitioners in related fields have discussed the notion of Kundalini having its own intelligence – an innate, intimate knowledge of the person it is awakening inside of – and therefore knowing exactly what that person needs to do in order to become more aligned with his or her higher state of being or vibration.

Once Kundalini awakens, it never goes back to sleep again. It won’t always be as intense as when it first erupted, but many people find that there is a definite ebb and flow with the experience over time. In the long term, as it migrates through the subtle body making adjustments and bringing into awareness various physical/emotional/spiritual issues the person needs to attend to, most people remark upon drastic changes in their overall life experience. These changes are never negative, and are always in the best interests of the person affected, but to some, especially those who awakened spontaneously with no prior knowledge of Kundalini, the long-term process can be daunting.

In the case of the late Gopi Krishna, who was actually one of the pioneers of Kundalini research this century – bringing awareness of this phenomenon into the West – he spontaneously awakened his Kundalini through what he thought to be an improper channel in the spine, which caused all kinds of imbalances in his body. He suffered endlessly until he was able to balance the energy out. For others, it is simply ignorance which breeds fear and suffering inside of the experience. There is also a world of misinformation out there on the subject, and corrupt Kundalini/spiritual teachers to boot – some chock-full of dogma looking to prey on the gullible, financially and sometimes even sexually.

Lastly, many of the physical symptoms of Kundalini can very closely mimic actual physical illnesses/diseases, which can lead to many confusing (and depending on which country you live in, expensive) hospital visits. This occurs as the energy moves through and purifies an area – but the experience can be frightening. I know very little about Eastern medicine’s relationship to Kundalini, but in the West it is not recognized as a ‘valid’ physical phenomenon whatsoever. Doctors will often scratch their heads or even prescribe medications the person does not need (anti-depressants/anti-anxiety medications etc) in the hopes of making problems go away. 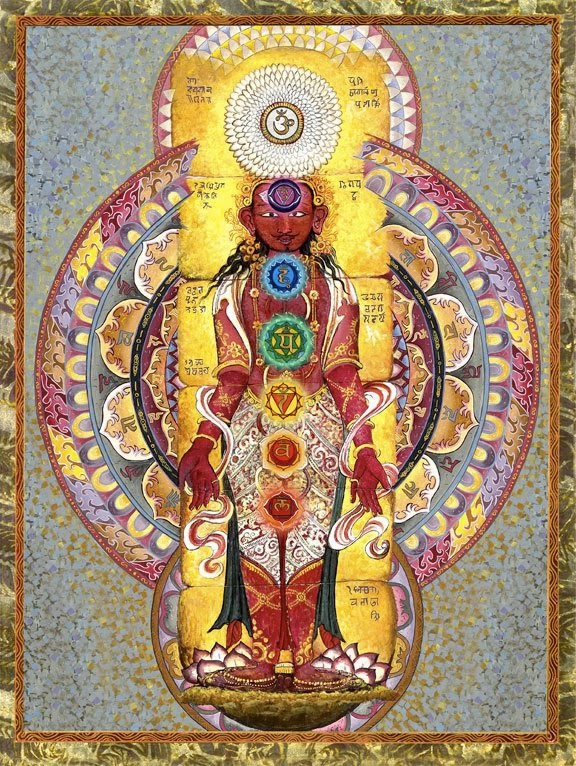 We need more information about Kundalini, and we need more research to be conducted so that it is more recognized in our society. We need to work to remove the mystery and the stigma in order for this to be an approachable subject for everyone. After all, it is a fact of life for many and the numbers of awakened people are growing all of the time.

For more information on Kundalini, check out:

Signs and Symptoms of a Kundalini Awakening

Kundalini – The Evolutionary Energy in Man by Gopi Krishna