The Role of Fear in Success: Uncovering What We Need to Do

Eleanor Roosevelt said to do one thing every day that scares you. Tim Ferriss said a person’s success can usually be measured by the number of uncomfortable conversations he or she is willing to have. Some anonymous voice of the past or ancient idiom said that all growth happens outside of our comfort zones. You get my drift…

The point is this: Fear, in its simplest form, is an insufficient reason not to do something. In fact, Fear is all the more reason to do it. Because that Fear you’re feeling means you have yet to master the task at hand, that Growth is there waiting for you on the other side. Beckoning you, into its inhospitable atmosphere that is sure to be uncomfortable but promises some lesson, new skill, or worthwhile experience.

Our old friend Fear usually comes around when we are pursuing something we really want, something that strikes a chord deep within us. He taunts us—reminding us that we could fail… “Why not stay put for now, where things are safe?” he says. Fear has our best interest in mind: he wants us to manage expectations, to limit recklessness. But rather than yield to Fear, we should politely absorb his lessons and say good riddance. 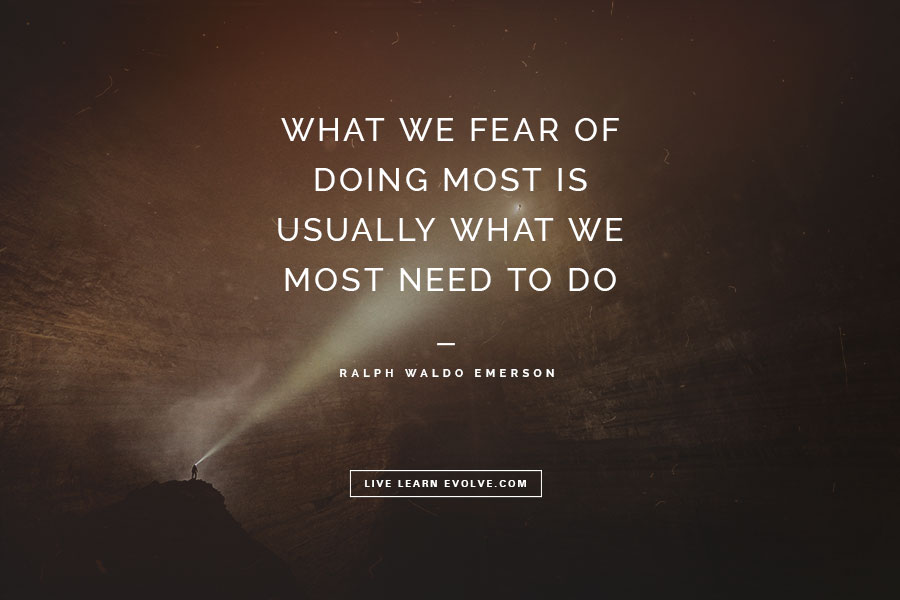 I have an inside joke with a close friend of mine which has been ongoing for years in which we personify Fear as a nuisance of a person who shows up whenever we are trying our best to grab life by the horns.  So every so often I will receive a random text from her (or vice versa) that goes a little something like this: “You’ll never believe who paid me a visit today… I was sitting at the coffeeshop, minding my own business, and Fear rolled up on his bicycle. I pushed him off and said “F you, Fear!” I doubt he’ll be coming back for awhile.”

Yes, it’s quirky; but personifying Fear was our way of making light of an uncomfortable emotion and encouraging each other to dismiss it as easily as we dismiss the other nuisances in our life. Fear is not a dangerous guy; he’s just a prankster.

The beautiful thing about Fear is by indulging in it, we eliminate it. And that is a powerful feeling. Think about something that used to make you nervous but no longer does. Odds are, the Fear is gone because you ignored it, did whatever it was that made you nervous, and then realized it wasn’t as scary as you imagined it’d be. I’ll give a small personal example. I’ve lived in several cities—and whenever I found myself in a new city and eager to meet new people, I’d go to bars by myself (responsibly, of course). At first, the thought of walking into a room full of strangers by myself seemed overwhelming. How would I strike up a conversation? What if I looked silly? But little by little, the nerves subsided and those questions no longer mattered. Those people surrounding me weren’t all that different than I was. They just wanted to have a good time and connect with people, too. More often than not, I had a great time and left the bar knowing a new friend (many of whom I’m still in touch with.) By going to bars alone, I learned how to more easily strike up conversations with strangers, and it’s a skill that continues to serve me well at networking events and other aspects of life.

With great risk and great reward comes Fear.
Fear comes to us when we embark on exciting life transitions, or when we utilize a skill that needs improving. In a sense, Fear shows us the way. It uncovers something we need to work on, or highlights a passion of ours that is sitting in the depths of our soul untouched.

So don’t let it paralyze you. Let it be a guiding force rather than an obstacle. Let it uncover what you need to do – and then go do it. 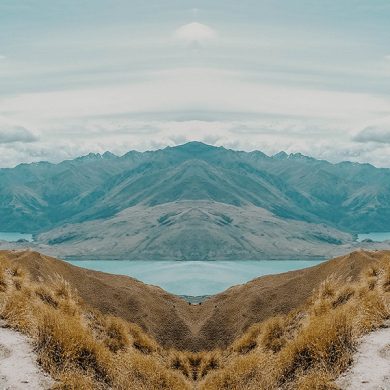 10 Of The Most Inspiring Personal Development Quotes