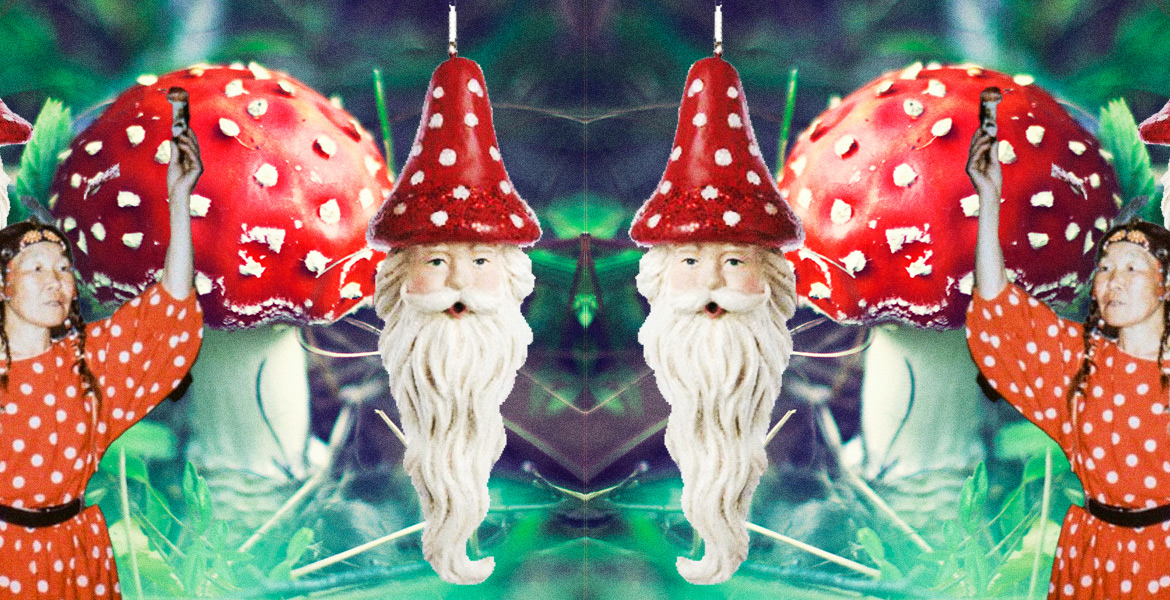 Santa Is a Psychedelic Mushroom: The Ancient Connection Between Christmas And Shamans

One fantastic and wonderful origin theory of Santa Claus involves psychedelic mushrooms and shamanic rituals of the indigenous Sámi people who live in northern Finland.

The Origins of Santa

Every major meme of our modern myth of Santa Claus can be found among the ancient reindeer herders of Siberia. Their shamanic religion revolves around a psychoactive mushroom, the colorful red-and-white Amanita muscaria. While most people think of Christmas as the classic Christmas celebration, the truth is that most of the symbols associated with Santa Claus are based on the religious traditions of pre-Christian Europe.

‘Twas the Night before Christmas

On Christmas Eve, when the streets are all covered with snow and a hush falls over the world, parents recite the story of Santa Claus to wide-eyed children. They discretely wink as they tell the timeworn tale of a jolly old elf, all dressed in red and white from his head to his toes. Miraculously, Santa travels around the world in one night, in a sleigh pulled by flying reindeer. He stops at each home to place gifts under the Christmas tree, festively decorated in tinsel and colorful ornaments with a star on top.

How improbable! How curious! But what if this snow-white lie that we dutifully recount each year were grounded in an ancient reality, whose roots reach back tens of thousands of years to the vast forests of Siberia? What if the real story of Santa were even stranger than that of the commercial myth of St. Nick, the little sleigh driver “so lively and quick”? What if it were stranger than most of us could ever imagine?

Our contemporary image of Santa Claus as a rotund, jolly white-bearded fellow in a red suit (or robe) with white fir trim is a modern version of the archetypal Siberian mushroom shaman. In fact, even today some Siberian male shaman and female mushroom gatherers still dress in ceremonial red and white trimmed jackets when they go to gather the sacred mushrooms.

The biochemical effects of Soma are most pleasant and transformative when the mushrooms are first dried before consumption. For this reason, the shaman initially hangs the fresh fungi to dry in the branches of pine trees (looking like the colorful ornaments that decorate the Christmas tree).

After the mushroom harvest is complete, the shaman collects his gifts in a sack, places them on his sleigh, which a team of reindeer pulls back to his yurt (Santa’s sleigh full of toys, pulled by flying reindeer). A yurt is the nomad’s teepee-like dwelling typically made out of birch branches and reindeer hides. In winter, snow drifts can cover the yurt’s main entrance, so the shaman enters through the smoke hole at the top (Santa coming down the chimney) to deliver his gifts to appreciative clan members.

“So, why do people bring Pine trees into their houses at the Winter Solstice, placing brightly colored (Red and White) packages under their boughs, as gifts to show their love for each other and as representations of the love of God and the gift of his Sons life? It is because, underneath the Pine bough is the exact location where one would find this ‘Most Sacred’ Substance, the Amanita muscaria, in the wild.”

The Amanita muscaria is the red and white magic mushroom that grows almost exclusively beneath Pine trees. Their main psychoactive ingredient is ‘muscimol,’ as well as trace amounts of DMT, an entheogen naturally produced in the brain’s pineal gland. The pinecone-shaped pine-al gland is an organ that produces the same DMT found in this pine tree fungus, and much more.

To further dry the mushrooms, the clan members string them up around the fire place. In the morning, they awaken to a ritual feast of dried magic mushrooms (Christmas gifts placed in stockings over the fireplace). Once they ingest the mushrooms, the celebrants leave the physical plane and are transported to the mystical realms of the Cosmic Tree, guided by spirits that live within the mushrooms (Santa’s helpers, elves that live in the North Pole).

To dive deeper, there’s an abundance of evidence around Jesus and Christianity being based on psychedelic Mushroom use too. British archaeologist John Marco Allegro was renowned for his work in deciphering the Dead Sea Scrolls and went on to write Sacred Mushroom and The Cross a book about the ancient connections.

Sources — The Psychedelic Gospels: The Secret History of Hallucinogens in Christianity 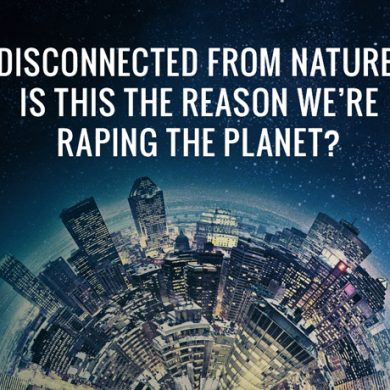 Disconnected from Nature. Is this the reason we’re raping the planet?