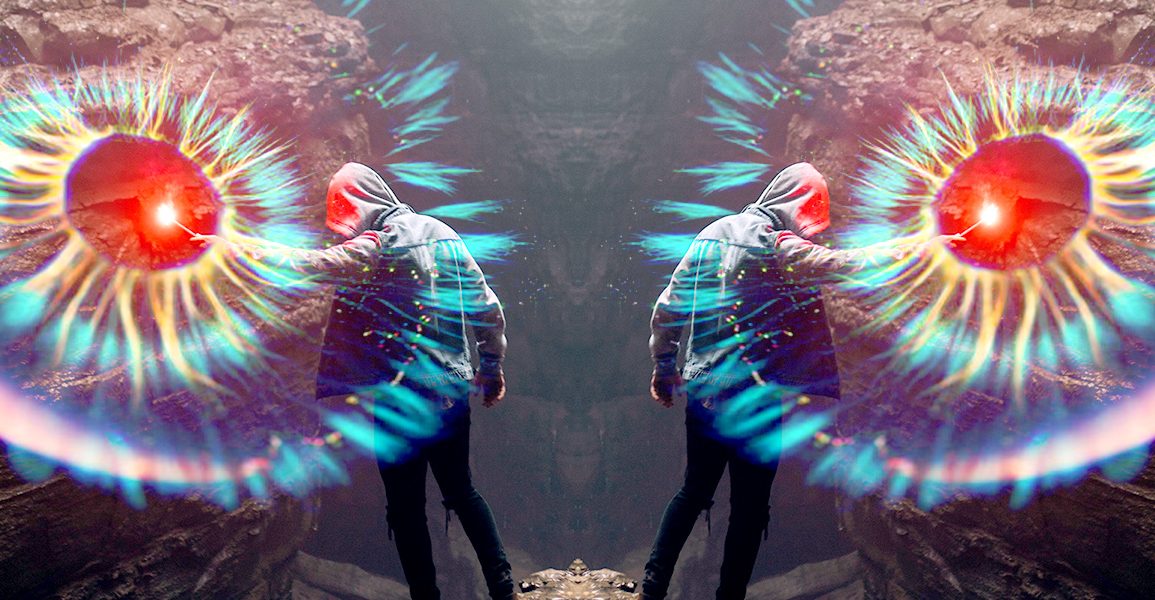 Hermetic philosophy is a set of self-evident principals about the nature of the Universe that dates back to the Ancient Egyptian civilisation.

These are the foundational roots behind Gnosticism, Kabbalah, Sufism, Tantra, and Taoism. Additionally, most of the mystery schools, secret societies, Alchemists, and pagan branches also have these seven principles encoded within them.

These teachings were delivered by a deified philosopher of Ancient Egypt, the God of Thoth. Thoth was the most revered of Egyptian Gods, responsible for the creation of magic, alchemy, the system of writing, the development of science and the author of the emerald tablets.

Thoth is recognised by many as was later integrated into Ancient Greek philosophy as Hermes Trismegistus – the God of Wisdom.

In brief, the teachings of Thoth have been so influential on the minds of histories greatest philosophers, esotericists and mystical thinkers, that it became the esoteric industry standard for every medieval and later renaissance system of alchemy.

The Hermetic teachings are found in all lands and all religions, their appeal is universal. In early days there was a compilation of certain basic hermetic maxims, axioms, and precepts, which were passed from teacher to student through a system called the ‘Kyballion’.

Some of the principles are superficially translated by New Age movements into the idea of ‘Law of Attraction’ , although it is talked about predominantly by New Age gurus, but there is a lot more to it.

1 — Mentalism – The All is mind; the Universe is mental.

6 — Cause & Effect – Every Cause has its Effect; every Effect has its Cause.

7 — Gender – Gender is in everything; everything has its Masculine and Feminine Principles; Gender manifests on all planes.

These seven principles can be found secretly encoded into most religious texts, but are discussed more openly within each religion’s corresponding mystical sects, such as Gnosticism, Kabbalah, Sufism, Tantra, and Taoism.  Additionally, most of the mystery schools, secret societies, Alchemists, and pagan branches also have these seven principles encoded within them, although their interpretations and understandings will vary drastically based on the goals of each movement.

Everything is dual; Everything has poles; Everything has its pair of opposites; Like and unlike are the same; Opposites are identical in nature, but different in degree; Extremes meet; All truths, are but half-truths; All paradoxes may be reconciled.

The mastery of the seven principles is what allows one to master the “Law of Attraction”, but unfortunately, “positive thinking” is a drastic oversimplification of applying these observations of nature.

Hermeticists seek to apply these principles from the inside-out, through transmuting their baser instincts of lead into the higher intellect of gold, in order to live in harmony and balance with nature, and all who inhabit our wonderful world. However, dark Hermeticists use these principles outside-in to control and feed upon others, and to use less aware beings as pawns for their own selfish purposes.

Only by discovering alchemy have I clearly understood that the Unconscious is a process and that ego’s rapport with the Unconscious and its contents initiate an evolution, more precisely, a real metamorphosis of the psyche.

The consciousness of the individual soul is what determines how they will interpret these seven natural principles, either as a way to experience personal sovereignty from the inside-out, or as a way to infect others with their own disempowered worldview. In the Neutral/Gray path there is a deepening of understanding that expands as the adherent grows into self-knowledge, integration, and awareness, but along the parasitic paths there is a contraction of self-knowledge and awareness, as it is fueled by a distorted view of truth that is only meant to fuel selfish lusts and greed for power over others.

Mastering of the Seven Hermetic Principles does indeed allow for a miraculous life, as miracles do not defy the laws of nature, nor is their source from beyond nature, for they are the effects of having perfectly aligned with nature. Therefore, if you wish to live a miraculous life — align yourself with nature and its self-evident principles.

Interestingly, the only known translation of the Emerald Tablets is by Isaac Newton. It was discovered among his alchemical papers that are currently housed in King’s College Library, Cambridge University.

It is up to you as the seeker to refine, discern, and expand your awareness of Self through mastering these seven principles, in order to experience gnosis from the inside-out and achieve the sovereignty that you crave.

For more information on the Hermetic Principles, Natural Law, and Alchemy, please sign up to the Live Learn Evolve community giving you full access to our digital library.

Please also check out the book “The Kybalion“, written by the Three Initiates.

How to Find Psychedelic Therapists and Retreat Centers