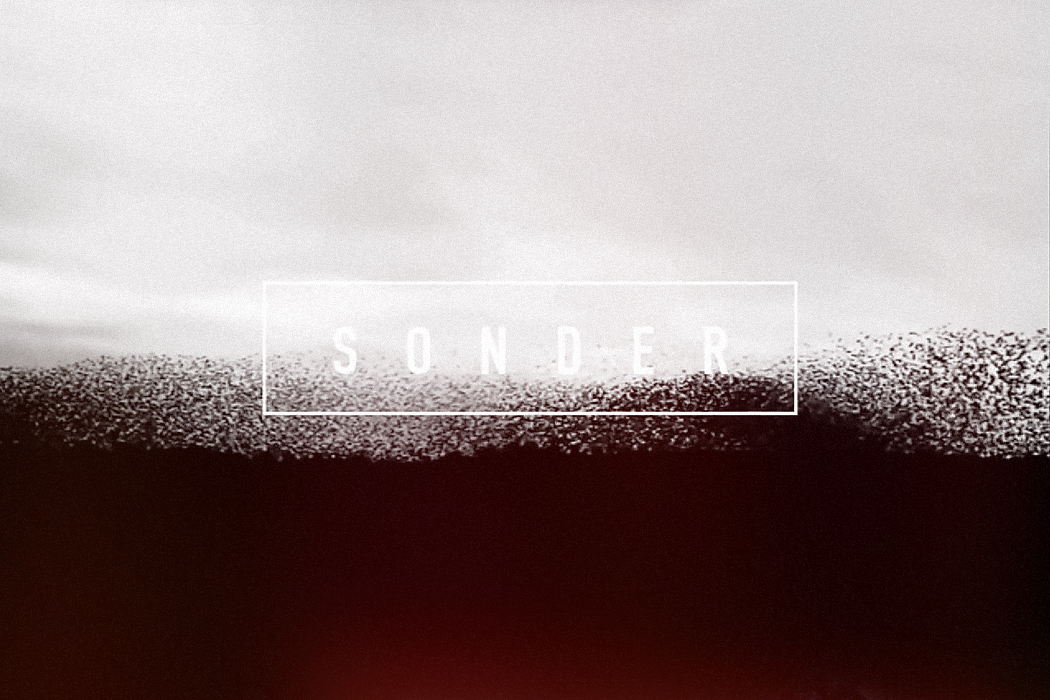 Sonder / You are the main character

sonder – n. the realization that each random passerby is living a life as vivid and complex as your own.

Sonder. You are the main character—the protagonist—the star at the center of your own unfolding story. You’re surrounded by your supporting cast: friends and family hanging in your immediate orbit. Scattered a little further out, a network of acquaintances who drift in and out of contact over the years. But there in the background, faint and out of focus, are the extras. The random passersby. Each living a life as vivid and complex as your own. They carry on invisibly around you, bearing the accumulated weight of their own ambitions, friends, routines, mistakes, worries, triumphs and inherited craziness. When your life moves on to the next scene, theirs flickers in place, wrapped in a cloud of back-story and inside jokes and characters strung together with countless other stories you’ll never be able to see. That you’ll never know exists. In which you might appear only once. As an extra sipping coffee in the background. As a blur of traffic passing on the highway. As a lighted window at dusk.

From “The Dictionary of Obscure Sorrows” (http://www.dictionaryofobscuresorrows…)