In the book Power vs. Force by David R. Hawkins, there’s a hierarchy of levels of human consciousness. It’s an interesting paradigm. If you read the book, it’s also fairly easy to figure out where you fall on this hierarchy based on your current life situation.

While we can pop in and out of different levels at various times, usually there’s a predominant “normal” state for us. If you’re reading this blog, chances are you’re at least at the level of courage because if you were at a lower level, you’d likely have no conscious interest in personal growth.

I’ll go over these levels in order, mostly focusing on the ones between courage and reason, since that’s the range where you’re most likely to land. The labels are Hawkins’. The descriptions of each level are based on Hawkins’ descriptions but blended with my own thoughts. Hawkins defines this as a logarithmic scale, so there are far fewer people at the higher levels than at the lower ones. An increase from one level to another will result in enormous change in your life.

Just a step above death. You’re probably contemplating suicide at this level. Either that or you’re a serial killer. Think of this as self-directed hatred.

A step above shame, but you still may be having thoughts of suicide. You think of yourself as a sinner, unable to forgive yourself for past transgressions.

Feeling hopeless or victimized. The state of learned helplessness. Many homeless people are stuck here.

A state of perpetual sadness and loss. You might drop down here after losing a loved one. Depression. Still higher than apathy, since you’re beginning to escape the numbness.

Seeing the world as dangerous and unsafe. Paranoia. Usually you’ll need help to rise above this level, or you’ll remain trapped for a long time, such as in an abusive relationship.

The level of frustration, often from not having your desires met at the lower level. This level can spur you to action at higher levels, or it can keep you stuck in hatred. In an abusive relationship, you’ll often see an anger person coupled with a fear person.

The first level where you start to feel good, but it’s a false feeling. It’s dependent on external circumstances (money, prestige, etc), so it’s vulnerable. Pride can lead to nationalism, racism, and religious wars. Think Nazis. A state of irrational denial and defensiveness. Religious fundamentalism is also stuck at this level. You become so closely enmeshed in your beliefs that you see an attack on your beliefs as an attack on you.

The first level of true strength. I’ve made a previous post about this level: Courage is the Gateway. This is where you start to see life as challenging and exciting instead of overwhelming. You begin to have an inkling of interest in personal growth, although at this level you’ll probably call it something else like skill-building, career advancement, education, etc. You start to see your future as an improvement upon your past, rather than a continuation of the same.

This level is epitomized by the phrase, “live and let live.” It’s flexible, relaxed, and unattached. Whatever happens, you roll with the punches. You don’t have anything to prove. You feel safe and get along well with other people. A lot of self-employed people are at this level. A very comfortable place. The level of complacency and laziness. You’re taking care of your needs, but you don’t push yourself too hard.

Now that you’re basically safe and comfortable, you start using your energy more effectively. Just getting by isn’t good enough anymore. You begin caring about doing a good job — perhaps even your best. You think about time management and productivity and getting organized, things that weren’t so important to you at the level of neutrality.

Think of this level as the development of willpower and self-discipline. These people are the “troopers” of society; they get things done well and don’t complain much. If you’re in school, then you’re a really good student; you take your studies seriously and put in the time to do a good job. This is the point where your consciousness becomes more organized and disciplined.

Now a powerful shift happens, and you awaken to the possibilities of living proactively. At the level of willingness you’ve become competent, and now you want to put your abilities to good use. This is the level of setting and achieving goals. I don’t like the label “acceptance” that Hawkins uses here, but it basically means that you begin accepting responsibility for your role in the world.

If something isn’t right about your life (your career, your health, your relationship), you define your desired outcome and change it. You start to see the big picture of your life more clearly. This level drives many people to switch careers, start a new business, or change their diets.

At this level you transcend the emotional aspects of the lower levels and begin to think clearly and rationally. Hawkins defines this as the level of medicine and science. The way I see it, when you reach this level, you become capable of using your reasoning abilities to their fullest extent. You now have the discipline and the proactivity to fully exploit your natural abilities. You’ve reached the point where you say, “Wow. I can do all this stuff, and I know I must put it to good use. So what’s the best use of my talents?” You take a look around the world and start making meaningful contributions. At the very high end, this is the level of Einstein and Freud. It’s probably obvious that most people never reach this level in their entire lives.

I don’t like Hawkins’ label “love” here because this isn’t the emotion of love. It’s unconditional love, a permanent understanding of your connectedness with all that exists. Think compassion. At the level of reason, you live in service to your head. But that eventually becomes a dead end where you fall into the trap of over-intellectualizing. You see that you need a bigger context than just thinking for its own sake. At the level of love, you now place your head and all your other talents and abilities in service to your heart (not your emotions, but your greater sense of right and wrong — your conscience).

I see this as the level of awakening to your true purpose. Your motives at this level are pure and uncorrupted by the desires of the ego. This is the level of lifetime service to humanity. Think Gandhi, Mother Teresa, Dr. Albert Schweitzer. At this level you also begin to be guided by a force greater than yourself. It’s a feeling of letting go. Your intuition becomes extremely strong. Hawkins claims this level is reached only by 1 in 250 people during their entire lifetimes.

A state of pervasive, unshakable happiness. Eckhart Tolle describes this state in The Power of Now. The level of saints and advanced spiritual teachers. Just being around people at this level makes you feel incredible. At this level life is fully guided by synchronicity and intuition. There’s no more need to set goals and make detailed plans — the expansion of your consciousness allows you to operate at a much higher level. A near-death experience can temporarily bump you to this level.

Total transcendence. Hawkins claims this level is reached only by one person in 10 million.

The highest level of human consciousness, where humanity blends with divinity. Extremely rare. Even just thinking about this level can raise your consciousness.

I think you’ll find this model worthy of reflection. Not only people but also objects, events, and whole societies can be ranked at these levels. Within your own life, you’ll see that some parts of your life are at different levels than others, but you should be able to identify your current overall level. You might be at the level of neutrality overall but still be addicted to smoking (level of desire). The lower levels you find within yourself will serve as a drag that holds the rest of you back. But you’ll also find higher levels in your life.

Think about the strongest influences in your life right now. Which ones raise your consciousness? Which ones lower it?

Look at this hierarchy with an open mind and see if it leads you to new insights that may help you take the next leap in your own life.Update: For a humorous version of these levels of consciousness, see The New and Improved Map of Conscious Growth. 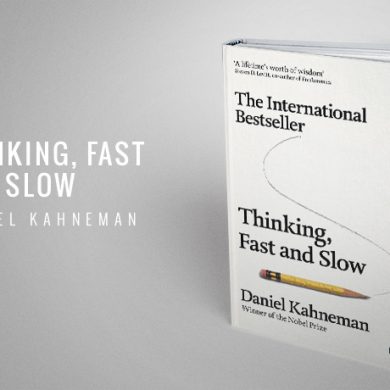