The 7 Spiritual Laws of Yoga

Summary: Get acquainted with the seven spiritual laws of the ancient practice.

Yoga is huge. It is an ocean of knowledge, a vast set of principles which eastern life runs on. Yoga stands for everything that exists on the planet and in the universe. The literal meaning of the word yoga is ‘union’, and overall the practice is defined by the yogi master Patanjali as the attainment of mastery over the dynamic forces of the mind. To accommodate such a huge map of reality into a digestible foundation, we need certain laws that Yoga philosophy has proposed.

These seven spiritual laws are basically the modern interpretation of the ancient yogic philosophies from the Vedic era. The central principle of Yoga that states this practice as a way to connect the mind, body and soul is actually an assortment of Meditation, Pranayama and other yogic exercises.

Here is the list of seven spiritual laws of Yoga that are intended towards enhancing awareness and bettering all aspects of a human life.

Each and every element (sentient or inanimate) on earth is an intrinsic part of this universe. The characteristics of an individual are entirely based on his ability to understand the environment. Energy on earth is sourced from every creature and thus, this world should remain in balance, the first law states. It is our responsibility to recognize our duties to this planet and show the creative skills we own to make it a beautiful place to live in.

2 — The Giving and Receiving Law

Circulation of thoughts is an important aspect of this life. In the process of circulation, giving and receiving play the central part. We need to learn how to spread love in order to wish for something in return. Yoga is based on the principle of equilibrium and it teaches us to treat everybody with love and compassion. This world is like an energy that can neither be created nor be destroyed, it can only be shared. So, learn the art of sharing with Yoga’s diverse range of practices.

3 — The Cause and Effect Law

The law of cause and effect is also called the Law of Karma. Karma is central in the life of a yogi. It is based on the theory that ‘you reap what you sow’. Karma has been described in Bhagavad Gita as the fruit of success and energy. Pranayama is the best example of this law. While we inhale, we intake oxygen or the pranic force and while we exhale, we allow CO2 or toxins to leave our body. Both the processes are equally important.

The fourth law states that if you are following the right path that is full of love and goodwill, you need the least amount of effort to reach your destiny. Accomplish everything you wish for without facing any hurdle by walking on the path of positivity. This universe guides those whose intentions are inspired by love. Set your goals and follow with extreme passion without deviating from the path of optimism.

5 — The Intentions and Desires Law

The whole theory of life is based on intentions and desires. These two are the basis of human existence on the planet. You cannot achieve something without having a desire and you cannot touch the epitome of success without having an intention in mind. Do not stop yourself from making a plan. Stay positive, follow the principle of Yoga, practice spirituality and attain what you seek.

Lord Krishna states in Bhagavad Gita, follow your deeds and it will lead you to the point of success. According to the creator, everything is occurring in its natural way and one should not disturb this process of nature. One does not need to struggle in order to prepare an ideal pitch to bat on. The right time will come, you just need to wait for it patiently and act accordingly. It will automatically create opportunities to click on.

The last spiritual law is about dharma or purpose. The creation of humanity on earth has some motives that everyone should understand. Following the path of dharma, when one utilizes his/her abilities to serve others, it produces unlimited love and bonding in life. Try to be a part of other’s happiness and it will fill your life with happiness. Karma Yoga is completely based on the principle of serving others and devoting your life towards people in need. 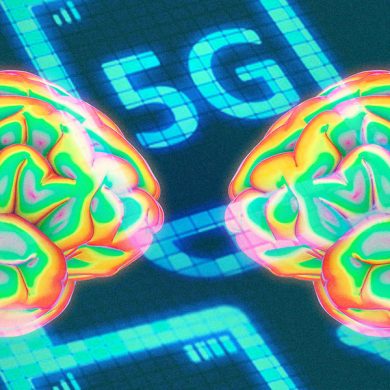 Beings of Frequency Documentary : The Science Behind EMF Damage and Dangers