The Amazon is on Fire: 9 Things You Can do to Help Right Now

Another opportunity to bring the root cause of our ecological, political, economic, legal and cultural issues to light; a severed connection to nature and rampantly untamed egos.

This catastrophe is a mirror of our inner landscape reflected in the physical world. The solution is within. An individual shift in consciousness, towards harmony with the very nature that has given us life.

In the mean time…. here’s some exterior stuff you can do from your sofa to raise the awareness. ??

The Amazon is burning. Since the beginning of the year, when Jair Bolsonaro took office—after saying that protecting forests was blocking economic growth—there have been 74,155 fires in the country, most in the Brazilian Amazon, according to the country’s space agency. That’s 80% more than the same period in the previous year; nearly half of the fires started burning in the past month. On Monday, the sky blackened over São Paulo as smoke from thousands of miles away blew over the city. And the year’s fire season is just beginning: it usually peaks between August and October.

The Amazon wildfires are particularly alarming as scientists have said that trees are the planet’s first line of defense against global warming. Due to deforestation, scientists estimate that we are near the tipping point where the Amazon can no longer function as a carbon sink. Brazil’s Amazon is the largest rainforest in the world and a vital carbon store. Cutting down trees in the rainforest produces 8% of net global emissions, more than the entire European Union.

But the rainforest has experienced a record number of fires this year, with 72,843 reported so far. While the state of Amazonas has declared an emergency (with the hashtag #PrayforAmazonia trending on social media this week), Brazil’s president, Jair Bolsonaro, has done little to fight the blaze, even as the haze from the fires blackened the sky hundreds of miles away in São Paulo. Meanwhile, Brazil’s National Institute for Space Research (INPE) said its satellite data showed an 84% increase in wildfires in the Amazon rainforest from the same period in 2018.

After reporting that number and an 88% increase in the deforestation rate in the Amazon, INPE’s director, Ricardo Galvão, was ousted from his job. According to the BBC, conservationists claim Bolsonaro has encouraged logging and farming in the Amazon, two activities that can lead to fires. “Starting a fire is the work of humans, either deliberately or by accident,” Alberto Setzer, an INPE researcher, told Reuters.

While there’s no way to stop the fires without hopping in a plane and flying to Brazil with a firehose, there are a few things you can do to help the rainforest, which may not be as satisfying as dousing flames but can have a long-lasting impact: 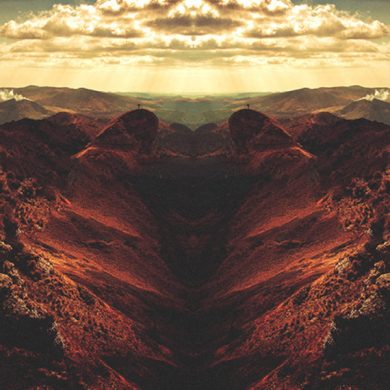