The Paris Attacks. Are we Overlooking the Root Cause?

“Oh God, burn Paris as you burned the Muslims in Mali, Africa, Iraq, Syria, and Palestine.”

And it had me contemplating this question…

HAS OUR SOCIETY COMPLETELY OVERLOOKED THE CORE ISSUES THAT GIVE RISE TO THESE ATTACKS?

Where in a kind of out of sight out of mind framework we’ve valued one human beings life over another in direct relation to it’s effect upon our own personal safety.

What astonishes me is that over 1 million innocent civilians have been killed by Western military intervention just in Iraq. Which is now understood to be a politically motivated war started on false pretences. Where it’s been stated, without the Iraq war there would be no Islamic State. But we stood by in silence as our tax money was used to obliterate the middle east and monopolise the oil industry.

The result is millions dead. Fathers, mothers, children, grandchildren. Creating countless orphans, widows, widowers that now hold a vengeance towards the West. Not only for the death of their loved ones but also for the destruction of their homes and communities.

So the surviving victims bond together in despair and formulate what is essentially a death cult – ISIS. And we’re the targets. Now our homes and communities are under attack. London, Paris..etc. Killing our brothers, sisters, mothers, fathers. Now it’s getting close to home. Motivating many thousands of British and American civilians and veterans to sign up and fight back with a vengeance to go to war too.

Is this not the same script in different cultures?

Listen to our war veterans calling out the futility of their violent actions and calling for peace. Claiming through their direct experience that our soldiers have been simply pawns on a chess board of the world’s most profitable game. WAR. But the truth can not be ignored, as long as there is profit in war the world will never know peace. 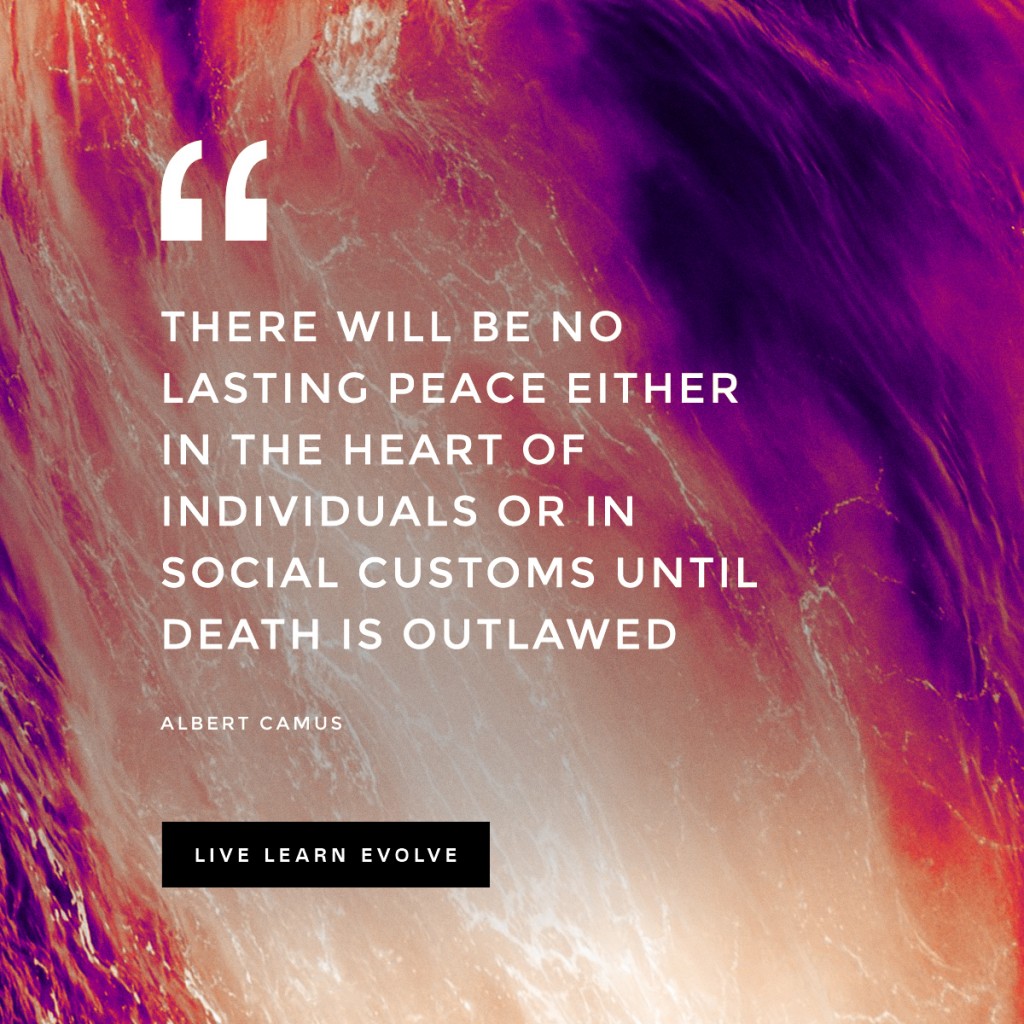 What we’re seeing is a direct retailition to the mass immoral injustices the West has forced upon the East and it’s in the form of a Mass Immoral group of extremists. We’re reaping what we sow. Looking upon history we see the same story repeated endlessly to no avail. But as technology unites us into global conversation, we have for the first time in history a chance to try another path…

“The true soldier fights not because he hates what is in front of him, but because he loves what is behind him.”
― G.K. Chesterton

What’s behind our motivation to fight is love for our families, friends and our countries. But what we’re seeing is a crumbling divide of our tribal mindset that has for so many centuries, waged war over land and resources. What we define as borders are essentially mapped by our minds and don’t exist inherently in nature. Not just Country borders but in races, religion and skin colour too. We’re all human beings subscribing to different linguistic beliefs that we think will help us survive. But as long as that involves some humans and not others it seems there will always be conflict. Look how children play. They don’t discriminate unless taught too. Our natural understanding is in recognising another human being as just that.

So perhaps the next step is to not accept any death as justifiable. To unite against all injustices. Not just mourning for our own soldiers, but for the victims of all conflicts worldwide as one and the same.