William S. Burroughs was one of the 20th century’s pre-eminent magicians, and spent a lifetime experimenting with obscure techniques for altering consciousness.

Burroughs like the Gnostics, saw the world as being a control mechanism. It was his goal to utterly break and destroying that control system. Through various techniques Burroughs believed he could open a metaphysical doorway into the source code of reality and insert intentions and symbology to bend reality.

Burroughs’ most tried and tested technique was the practice of “Do Easy” or “Doing Easy”—that is, re-training your brain to do everything in the fewest number of steps. As Burroughs put it, “[Doing Easy] simply means doing whatever you do in the easiest most relaxed way you can manage which is also the quickest and most efficient way.” If that sounds overly simplistic, good.

Genesis would later remark that “Doing Easy” was how s/he had been able to put out hundreds of albums, tour nonstop, publish books and continually achieve so much.

For the easiest possible way to absorb this important occult concept, check out Gus Van Sant’s short film explicating the Discipline of Do Easy, above. It could save you years of your life!

Burroughs wrote dozens of novels in his career, all of which are filled with incredible, hallucinatory imagery that puts most mainstream science fiction writers to shame.

Some of this imagery was most certainly drawn from Burroughs’ drug experiments, particularly with Ayahuasca. But a lot of it was drawn from his dreams, as well—Burroughs faithfully kept a dream journal (a practice we explore in our online course on lucid dreaming), and pulled material from it to fuel his writing. (He later published some of these journals under the title My Education.)

In the video above, William S. Burroughs explains the art of dream control.

Central to William S. Burroughs’ life, magick and world view was the Cut-Up, a technique created by his friend and collaborator Brion Gysin from the earlier dada experiments of Tristan Tzara.

Cut-ups are the art of literally cutting up text and images in random fashion and then reassembling them to form new, unexpected patterns. By doing so, Burroughs felt that he could destabilize language and get closer to the truth. This chaos magick technique allowed Burroughs and Gysin to see into the source code of reality, which has been a quest of magicians and alchemists for centuries. It was later adopted by people like David Bowie, Iggy Pop and the writer William Gibson—in fact, the cut-up has been used by countless thousands of artists of all persuasions since to spark massive creativity when they hit a wall.

Check out Burroughs and Gysin’s incredible 1966 film The Cut Ups, which viscerally demonstrates the art, above.

Another Gysin invention that Burroughs adopted and championed was the Dream Machine, a rotating cylinder of light that can induce incredible visions.

Burroughs often wrote of the Dream Machine in his work, and used its effects to generate much of the eidetic imagery that filled his novels. Brion Gysin hoped to mass market his invention, and place it in every home in America instead of a TV set. A noble idea, but it never flew (you can’t run advertisements in a Dream Machine, after all)—in the years and decades since, however, the Dream Machine has attained a cult following. Even Kurt Cobain was a massive fan.

While Dream Machines can be hard to come by, you can build one yourself, for very little money, that works as well as a professionally made model. In fact, Ultraculture has a guide to building a Dream Machine right here.

Another William S. Burroughs fascination was Wilhelm Reich’s orgone energy and orgone accumulators. Reich, a renegade student of Sigmund Freud, believed that he had discovered how to control and harness sexual energy, or “orgone,” and that there were actually particles of sexual energy called “bions.”

Reich was persecuted in the 1950s, his lab was destroyed by the US government, and he was finally thrown in jail (where he died). Burroughs later discovered and championed Reich’s work, even building his own orgone accumulator box—which Burroughs would actually spend large amounts of time sitting in and smoking kif, or crystallized THC, while writing. Burroughs swore by orgone, and used it in his novels as a metaphor for breaking the anti-sex control forces of society.

Just like the Dream Machine, orgone accumulators can be made very easily, cheaply and quickly, so that you can test out Reich’s technology for yourself—Ultraculture has a guide to making an orgone accumulator blanket here.

Burroughs brought all of his experiments together into one central task: destabilizing and destroying control.

Like the Gnostics, Burroughs saw the world as essentially a control mechanism or a trap. He saw his goal as utterly breaking and destroying that control system. By control, Burroughs meant the nature of reality itself, and along with his collaborator Gysin, he would accept nothing less than its complete destabilization and destruction. In this, he is one of the clear grandfathers of chaos magick.

The video above is a track from DJ Spooky’s album Rhythm Science, featuring the sublime Scanner aka Robin Rimbaud. It samples the William S. Burroughs describing his five steps for smashing control and consolidating revolutionary gains. They are:

Burroughs was not only one of the intellectual forebears of chaos magick, he also seriously practiced its disciplines in the 1980s, immersing himself in the works of Peter Carroll, joining Carroll’s order the Illuminates of Thanateros (Burroughs was buried wearing his chaos star ring from the order), and making constant and disciplined experiments with Carroll’s techniques.

Burroughs’ fascination with chaos magick had carried on from his previous occult experiments with Gysin in Tangiers in the 1950s and 60s and his interest in using the techniques of Buddhist meditation he had learned from the Tibetan teacher Chögyam Trungpa in the 70s. In the 80s, Burroughs discovered chaos magick, and found in it a structured discipline that brought his previous experiments together. 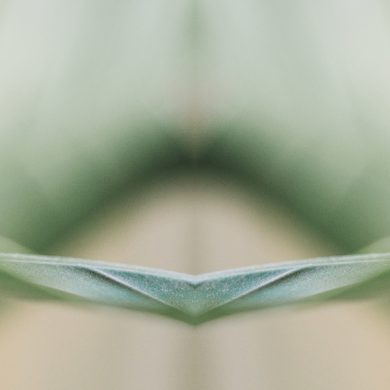 Meditation for Beginners: 20 Practical Tips for Understanding the Mind