The Wisdom of Alan Watts in Four Thought-Provoking Animations

Writer and philosopher Alan Watts (1915-1973) is perhaps best-known for popularizing Eastern philosophy in the West. Through countless remarkable lectures and humorous parables Watts’s wisdom continues to emerge in the creative expression of an emerging paradigm shift and gladly so, for it is hard to tire listening to such deeply enriching entertainment.

The first video located above is an amalgamation of profound excerpts animated by Trey Parker and Matt Stone, the creators of South Park.

Watts encourages the viewer to temporarily abolish linguistic labels and entertain a mindful experiment, the perspective of a child. To embrace fully the impetus of movement and to really feel what’s happening by observing the flow of all that comes into being. This is more commonly known as practicing presence – a fundamental state of mind in zen buddhism and arguably the most effective state for decision making in any form. Animation by Brian Corin.

This parable animated by Steve Agnos illustrates an incredibly powerful lesson for those looking for a path of less resistance – to refrain from judgement. Watts affirms that within the nature of reality lies an unknowable future, and subsequently, neither fortune or misfortune can be accurately deemed as good or bad. Forming expectations within this framework is merely a futile guess from a less reasonable attitude towards the nature of life.

What do you mean by the word ‘I’? In this short animated by Tim McCourt and Wesley Louis of Westminster Arts & Film London Watts returns to the grandeur topic of duality. He reassures us that it’s “impossible to cut ourselves off from the social environment, and also furthermore from the natural environment. We are that; there’s no clear way of drawing the boundary between this organism and everything that surrounds it.”

Watts was clearly gifted at conveying deep philosophical concepts in an easily digestible manner. Alan Watts was also the author of such books as The Book — On The Taboo Against Knowing Who You Are, (his most renowned), Becoming What You Are, and The Way of Zen. If you are interested in exploring his work further, see hundreds of his lectures on YouTube and check out the following articles:

What is Reality? An Excerpt from Alan Watts
Where is the I? Alan Watts on the Illusion of the Self 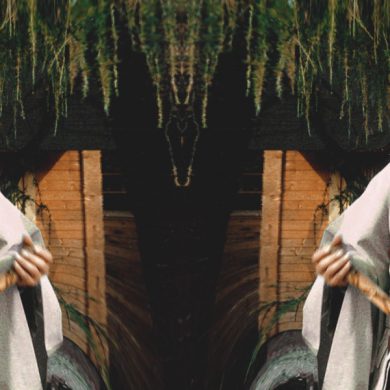