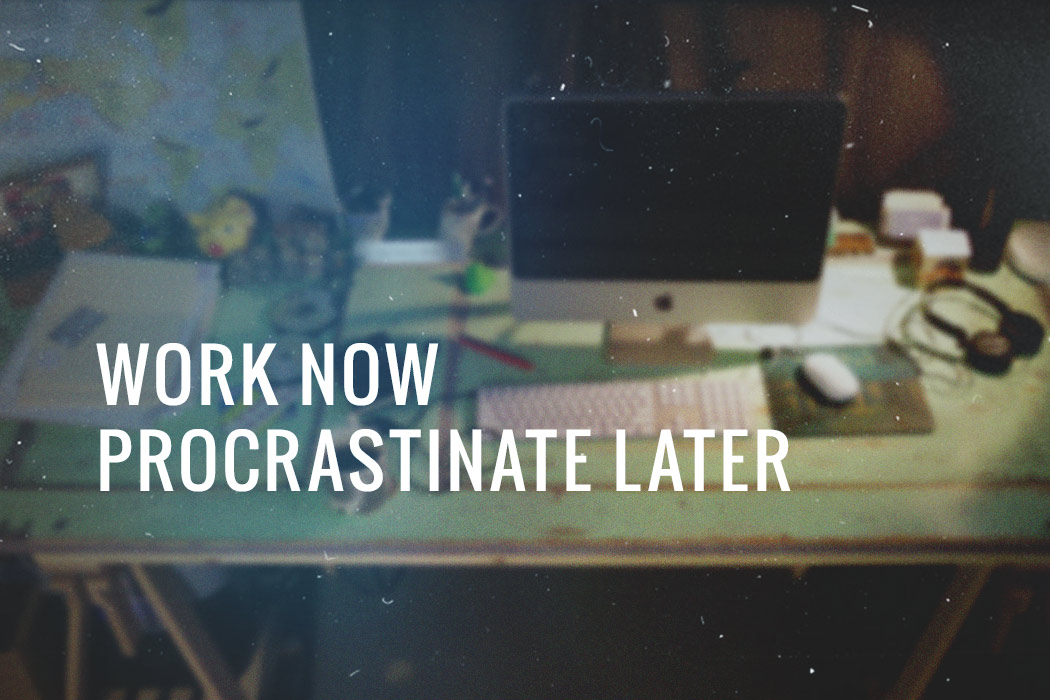 How to work now and procrastinate later

Of all the topics I’ve written about, none created such an outpouring of  “Oh my God that’s me!” emails as my experiment on procrastination. It seems like most people believe they have a particularly bad problem with procrastination. If a cure were introduced into the population, the release of pent-up personal energy might be more than the world could withstand. Imagine the shock wave of organized closets and used copies of War and Peace.

So I post this knowing there is a risk of bringing on a productivity apocalypse.

The experiment itself was actually disastrous. It peaked about twenty-four hours in. After what turned out to be a single day of ideal productivity, things began to point downhill, and my problem got steadily worse. My thirty-day campaign of improvement turned into a four-month debacle. It went so perfectly wrong, my progress report is hilarious to read.

Readers have been asking where I finally ended up with my procrastination issue. Ironically, once the experiment spat me out, I immediately began to improve. I had so thoroughly immersed myself in my bad habits that they became conspicuous to me whenever I was doing them, and today I’m about eighty times better.

During the experiment, and in the three years since, I’ve tried all kinds of things to overcome procrastination. Most of my strategies didn’t work, but some absolutely did and still do. In my experience, here’s what works.

STOP WAITING FOR YOUR MIND TO GET ON BOARD.

Many of us career procrastinators believe that we can’t do something until our feelings let us. This is a myth. You don’t need the mind’s approval to get started. All you need is to get clear, on an intellectual level, what you want done, and then move your body until you’re in the middle of it.

The mind will object, but you don’t need to hear it out. Tune out its chatter while you continue with the physical motions of your task. Keep your body dialing, opening up the word processor, changing into runners, or whatever the first physical step of the task is.

It works because much of the resistance to doing something resides in the very beginning — the first sixty seconds or so. Your body can get you past that pretty quickly. The mind has a thousand tricks and lies, and will tell you anything to keep you from starting. Don’t even listen to its proposals.

Your body, quite reliably, does what you tell it. Your mind insists on deliberating and debating, consulting with a hundred trustees and boards. It draws up complex documents for you to sign, demanding feasibility studies, immunity from all liabilities and a guaranteed return on investment. Skip this meeting, it’s a trap.

I use this technique with my scheduled workouts. When my alarm goes off, I get up and change clothes and get on the floor, without consulting my mind. I know better than to appeal to it for encouragement, because it will usually give me the opposite. Give the mind a chance to talk you out of something, and it will.

SEE THE VALUE IN SHITTY WORK.

Bad work, if it’s finished, is an excellent result compared to stalled or abandoned work, because it means you’re confronting this fear. And you can’t help but get better every time you complete anything, no matter how it compares to your standards or the standards of others. You get better at the specific task, and also better at the skills of finishing and delivering.

This improvement happens automatically. Each finished work, good or bad, moves all the rewards of doing great work closer to you. Delaying pushes them further into your future. Push often enough, and they fall off the far end and never arrive.

I’m not there yet myself, but I’m convinced that we can learn to be attracted to failing as if it’s just another form of success, and anyone who does that will be unstoppable. For a long-suffering procrastinator, finishing something is always an accomplishment and always leaves you more capable.

REMIND YOURSELF THAT YOU CAN PROCRASTINATE LATER.

“Procrastinate later” is not just a cheeky phrase, it’s a way of remembering that the act of getting down to work is always something small and manageable. For those of us who have spent years being whipped by procrastination, wrangling ourselves to our desks can seem like tackling a giant who’s beaten us every time. So we expect to fail, because it feels like we’re trying to reverse a lifetime of momentum in one morning.

Tell yourself you can procrastinate later if you have to. It’s reassuring to know that at no time do you have to conquer any great enemy, you only need to learn how to get your arms around the next hour or two. The best way I’ve found to do that is thePomodoro Technique. Anyone can commit to 25 minutes of work. Repeat this small act and you gradually become a productive person with less internal resistance. No dragon-slaying necessary.

It is entirely possible to feel like you’re working hard on something without being aware of what finishing point you’re actually trying to get to. If you act on the vague idea that you want to organize your bookshelf, you’re liable to keep dusting, arranging and color-coding forever if you’ve never defined for yourself what the thing will actually look like when it’s done.

Likewise, it’s easy to work on something that does have a defined outcome somewhere, yet lose track of the fact that there’s a finish line at all. This happens more often with big projects that consist of a lot of separate actions. You start “working on it” without a clear idea of where you’re trying to get to right now, in this session. Four hours later you’ve done a lot of moving but the end isn’t meaningfully closer.

Get clear on what the finish line looks like to avoid creating these treadmills. If I’m having trouble remembering what finish line I’m trying to get to right now, I write it on an index card. Ninety percent of the time that’s the best range of focus anyway: a very-short-term to-do list with a single item on it.

For bigger projects, it’s helpful to actually sit down away from your desk, close your eyes and picture what life will be like once you’re past the finishing point. This is called creative visualization. It can be an immensely satisfying activity, and it almost always makes it clearer what you ought to be doing right now.

When I look at my to-do list, I sometimes get a feeling of dread — of having to risk failure, embarrassment, lost time, awkwardness, or disappointment. These feelings can be so strong they make me forget why those items are on the list in the first place. They’re all there because inside I know they’re rewarding to do. They pay more than they cost.

When you’re stuck, it’s almost always because you’ve slipped into thinking about what you don’t want instead of what you want. These thoughts are reflexes you can retrain. Once you learn to recognize the symptoms of dread when they come on, you can use them as a trigger to consciously remind yourself what is to be gained. Every item on your to-do list implies prizes you’re on the verge of winning.

It can actually be fun to look down your list, picturing the difference in your life each item will make when it’s done. It’s like a enjoying a buffet of fantasies, except that you know how to make them real. 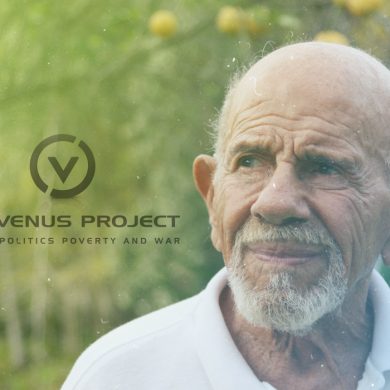 The Venus Project: Resource Based Economy