You have 50,000 thoughts per day: Transform or Suffer?

I recently read an interesting little tidbit on thought patterns, and it proposed something that for the average human, we have about 50,000 thoughts per day.

My mind was blown. We are such active processors that for the most part, we aren’t even discerning the higher thought-forms from the lower ones, the beneficial to the useless, and the limitless ones from the limiting ones. But, to remedy an action plan to cultivate these 50,000-odd thoughts, I come offering a proposal to transform them. I’ve been practicing yoga and meditation for many years now, and while preparing to write this, I had a morsel of an epiphany: if we have the power to still our minds through meditation, aren’t we just as capable of consciously steering our minds?

Of course we are.

So, what do we do with those lower thought-forms, those limiting beliefs, those suppressed, painful memories or the thoughts that are confining us to a distorted reality?

We don’t ignore them. We can’t. We shouldn’t. But, we do become mindful of the source of those beliefs and then we transform them.

I remember when I was much younger, I was overthinking all of these challenges I was constantly facing. I just kept reliving those moments of feeling so painfully defeated, sparing no mercy on how critical I was being of myself and my father said (in his very eloquent, thoughtful and composed manner–the kind only the child of a preacher could ever really comprehend), “Darryn, never fear failure. For failure is just a stepping stone to your success.” Like many things that we don’t appreciate at the present moment in our childhoods, I acknowledged it, but it wasn’t until I failed at many, many other things in my future is when these words of wisdom from my father echoed, but in a stronger voice than ever. It resonated. Because of my setbacks and failures, I was able to transform my thoughts at an elevated level to reel in other successes and accomplishments. We should never completely disregard the voices and thoughts that aren’t serving us, but instead, use them as a platform. Our launching pad. The foundation of this inner process we’re in the midst of. Our transformation.

When a door had closed on me in my last career, my thoughts had confined me to thinking that I had no talent or direction, that I was inferior, meaningless. I confined myself to these thoughts for quite some time — it’s actually quite an effortless thing to do. This is where the roots of anxiety, guilt, self-doubt and depression build. But like anything, we can’t become complacent and settle where we are, no matter how positive, or negative our circumstances. The successful business person who is earning millions of dollars never makes the mistake of getting overly comfortable with where they are; instead, they find ways to fuel more success, transform themselves to new, refined and effective levels of potential. Transformation is continual, non-linear, ongoing, maybe even a struggle at first, but never mind that. Even struggles transform into testimonies of faith, perseverance and triumph.

You see, a very powerful force occurred when I became aware of these lower-thought-forms and transformed them into opportunities, possibilities, and affirmations of my future. We can’t transform ourselves without recognizing some of the thoughts that confine us. We can, however, acknowledge them as new beginnings, a new story, a heightened perspective, an awakening if you will. This realization births the beginning of our transformation into not only fully realizing our potential but understanding the purpose of our mission here in life so that we are beacons of light to share our gifts and talents to the world.

What are some limiting beliefs that you’re holding onto right now that need a little transformation? 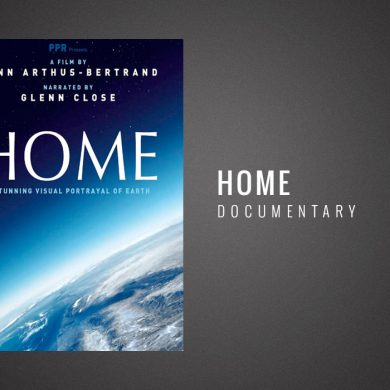